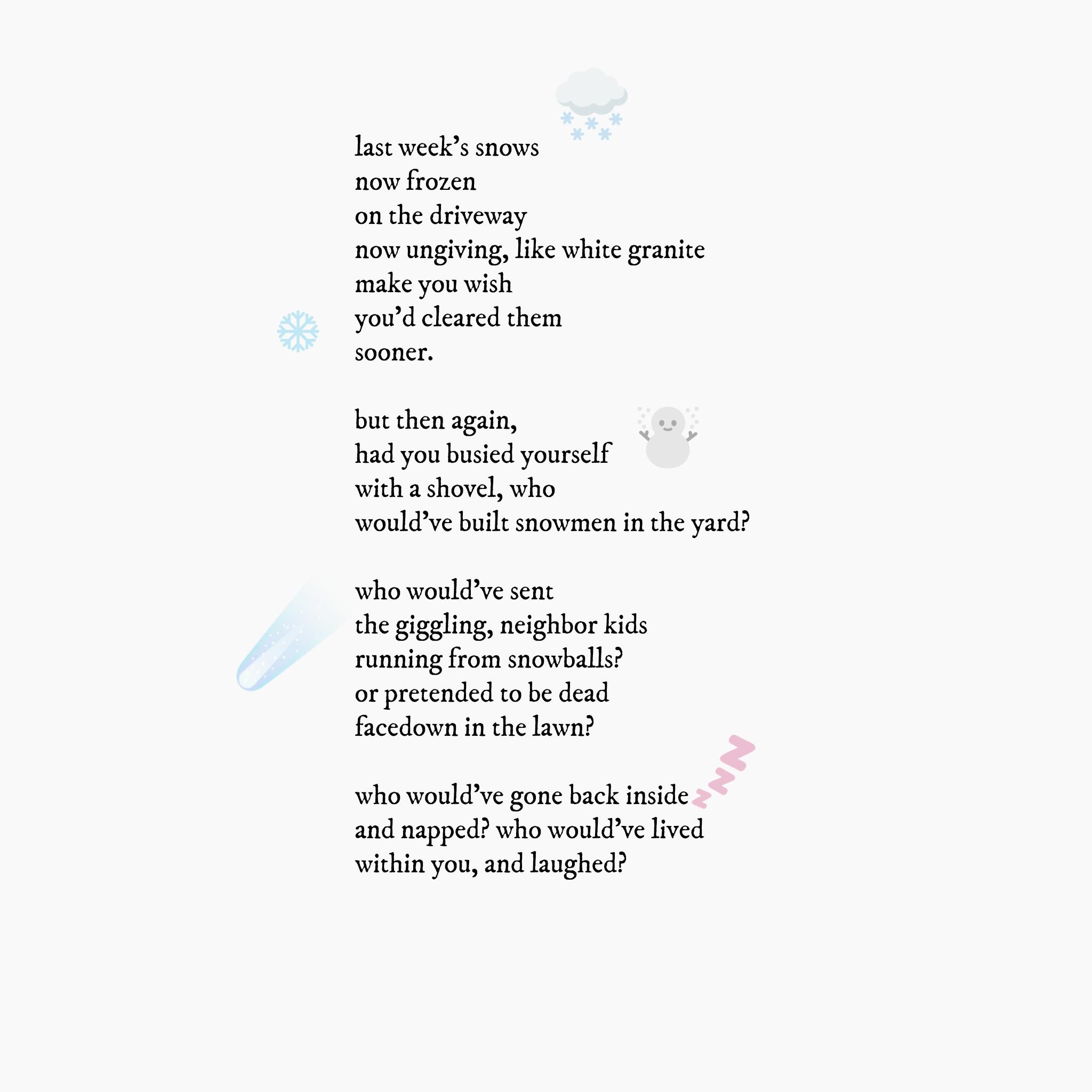 This feels very light-hearted and whimsical, it made me smile.

It recently snowed in my area; and doesn't generally in this region - and I absolutely couldn't help myself so I made some snowmen. I think your poem captures that sort of unexplainable impulse to be child-like that snow can evoke.

Your poem has a nice balance of action and description, and it's impressive that you're able to do that in a poem that is primarily in question form. The images in the background are quite silly, but totally fit the tone of how the speaker has changed from super-serious / responsible, to enjoying and playing. The speaker is relatable in the first stanza, worried about the adult concerns of a driveway that's become slippery, and I like how they never really admit that it's better to just enjoy the snow than worry about it, but they reveal their thinking in a series of questions which kind of illustrates that it's a bit illogical / impractical, and also shows some of their hesitation.

I think the first stanza may have some grammatical issues, or it might just be sounding a tad off to me. I think snow is usually singular, and then rather than "them" it'd be "it" in the last line there. But perhaps you're referring to multiple sets of snow storms?

Thanks for sharing this light little piece!


Hi Arcticus!
I think this is a great poem. I've only recently moved to a snowy area, but I feel it was such a relatable piece of writing anyway. I love how you kind of do a Since You Didn't Do This, So And So Did This. I love how you described the ice in the driveway.
I'm definitely going to read more of your work!
Nate


Hi @articus
This is completely mesmerizing price of work as it has a lot of relevance with the present situation of snow and ice. I appreciate your sence understanding and gratitude towards the acts of nature. The way you have pictured the sheet of ice to be white granite, is admirable. I am very happy by the way you have used the acts of everyday to make a humorous poem. It was altogether very good and entertaining.
Looking forward for more work from you.
Divyansh.

It's kind of fun to do the impossible.
— Walt Disney