"It's weird being dead." The dead body said as he got out of his grave for the 500th party that year. His name was Bob.

"No it's not, I actually like it." Another male dead body caught up to his friend and smiled. His name was Billy. "Why do you think it's weird?"

It was midnight, and everyone was gathering at the middle of the graveyard for the party that happens five hundred times a year. It's crazy how it works. The dead people are supposed to die so that they can be at peace - not at parties. But it was an obligation for everyone to go, so Bob had no choice. If he did, he would've stayed in his grave forever.

"I don't know. It doesn't feel normal." Bob shrugged. Then winced, because he remembered that the broken shoulder was the main reason he died. It still hurt. It was that bad.

"Of course it doesn't!" Billy smacked his friends' shoulder - the one that got hurt.

"Hey!" Bob cried. He wished he could disappear into thin air and never return. Just go to Heaven. He want to have peace. Not parties. He frowned as they approached the middle of the spooky graveyard. Their graves were at the very end so it was a long walk to the middle, but this felt like a very short one.

"Uncle Bob?" He felt someone tug at his tunic. He turned around and saw his niece. He was so glad, that someone he knew well was going to be there with him. Poor Angel had died because of liver cancer. She needed peace too.

"Can we go somewhere else? I don't want to go to these useless parties."

"I know you don"t my angel, but you know well and good that these are the rules around here."

"But what if a human sees us?" she shivered as a tear rolled down her dirty check. Bob wiped it away. Everyone at the graveyard remembers that time when a dead body walked on the road and a human saw her. She was instantly killed. Again. In graveyards, if one dies while one is dead, they will never be able to awake ever again. And that her was Billy's mom.

As everyone filled into the abandoned house that was in the middle of the graveyard, Bob looked around for his niece. She was no where in sight! He panicked and started looking around. He went into the house. Nothing. He went to her grave. Nothing. He went to the road. Nothing. Before he could get back into the graveyard, a human saw him. He screamed in terror and before he knew it, the last thing he heard before he died for good was the shot of a gun.

Angel, popping out from behind one of the pine trees, yelled for everyone, but no one came out. No one helped. Her only family... Was dead. She had no one in the world now.


Hey Liberty! I'll be dropping in for a review today!

It's weird being dead." The dead body said as he got out of his grave for the 500th party that year

The period after "dead" should be a comma, since it's leading into a dialogue tag (s/he said, etc), and "The" shouldn't be capitalised (dialogue tags following dialogue never are). This is a good thread about dialogue tags and punctuation in dialogue!

As far as openings go, this doesn't really catch my attention? I've seen lots of "ghosts" or characters that have died, and the first reaction is "well this is weird". Obviously, Bob seems to have been dead for much longer than this, but starting with "It's weird being dead" doesn't have much of a hook for me. It doesn't pose a question, it doesn't make me want to find out more.
Good hooks usually offer a question for the reader, and the only way to answer them is to read further, Thus, you've hooked your reader in.
While I think you could have a conversation about being dead with a similar feel to it, perhaps it could be about their views on it rather that "oop, this feels weird". Although, this is a humour piece, so maybe focus on how odd/funny it is to be dead, rather than getting into deeper/heavier conversation?

(also, as a site note about what Billy said "no it's not, actually I like it." Something can be weird, and you also like it! Weird isn't an antonym of enjoyment

It was midnight, and everyone was gathering at the middle of the graveyard for the party that happens[/]b [happened] five hundred times a year. [b]It's crazy how it works. The dead people are[b] supposed to die so that they [b]can be at peace - not at parties. But it was an obligation for everyone to go, so Bob had no choice. If he did, he would've stayed in his grave forever.

All the parts I've put in bold are where you have tense changes from past to present. So, "happens" should be "happened", and preceeding from there, it should be: "It was crazy how it worked. The dead people were supposed to die so that they could be at peace -".
Be mindful of when you switch tenses! (I do this all the time and you'd think I'd be better at noticing but no)

He want to have peace.

"He wanted to have peace."

Another thing to watch for is filler words like "really", "just", and in this instance, "very". They don't add that emphasis you think they do, they pad your writing. This sentence loses nothing if you remove the "very".
(Generally, when you want to attach "very" onto something, what you're actually looking for is just a stronger adjective. Instead of "very big", use "monstrous" or "hulking". In these cases, thesaurus.com is your friend! Just don't go overboard ahaha)


So, in this story, ghosts are killed instantly upon contact with human? That's fascinating, and adds a level on tension! Good job with that

As everyone filled into the abandoned house that was in the middle of the graveyard, Bob looked around for his niece. She was no where in sight!

When,,, did she leave?? There's no description of her leaving.


Now, when someone who is dead dies again, is this when they are at rest? In that instance, not trying to say they should immediately perish, but I have to wonder why some of the ghosts like Bob don't do this? Who's forcing them to attend these parties? What's the punishment for breaking the rules? Why are there these rules?


This actually gives me big "The Graveyard Book" vibes. I don't know if you've ever read it (I highly recommend it), but I loved that novel, and I love reading about graveyards and how different people choose to interpret death/afterlife.


I think this could benefit from some more description? Like, I know they're dead so they probably don't have human senses, I assume, but what's around them? Obviously they're in a cemetery, but what about the setting of that cemetery? Are there trees? Is there a fence around it or is it an open cemetery in a field? Can ghosts see colours? I'm like the cookie monster of descriptions tbh so I always need more


Anyway, I believe that's all I've got for you today! Please let me know if you have any comments or questions, I'm happy to discuss!

I hope you have a wonderful day, and Happy RevMo! 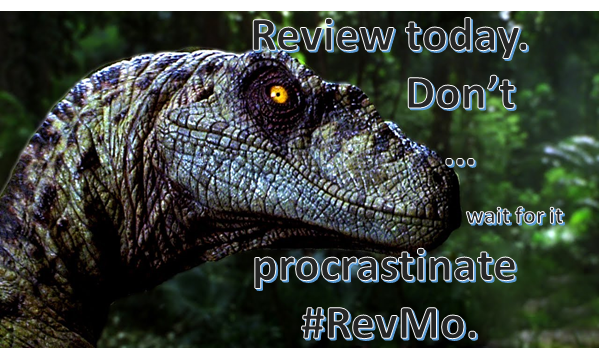 Liebensteiner says...
Hey! Thanks for the review. I wrote this... uh... 'couple months ago, and - lol - it's so weird looking back at it now, but I'll def fix it up when I get the time.

It was really cool seeing what you did with my prompt! The story I wrote was so different so it was great to see how you interpreted it! This story had humour, which was great and actually made me laugh out loud a few times. There was also action and suspense and an emotional touch! All in one short story! There were nogrammatical errors I spotted so that's amazing!

Bob shrugged. Then winced, because he remembered that the broken shoulder was the main reason he died.

In my opinion, this should all be once sentence, with a comma after "shrugged"

I think that's the only bit I would change!

Liebensteiner says...
Thank you for the review! <3


Liberty500, though I'm not a big fan of fantasies, you made me really like this one's concept. Well done!

Just a few comments from my side:

"It's weird being dead." The dead body said as he got out of his grave for the 500th party that year. His name was Bob.

Maybe it's better if you don't tell the readers about the dead body straightaway. I prefer: "It's weird being dead." Bob said as he got out of his grave for the 500th party that year.

Her only family... Was dead.

Since the word 'dead' is the main hook in your story, I think you should mention it at the very end. Like this:

She had lost her only family, having no one in the world now.

Overall, the story was a well-thought one. Appreciate it!

Liebensteiner says...
Thank you very much.

I'm glad you liked this!