The valley, located in a chain of mountains far away from any civilization, was filled with an eerie silence.The only noises able to be heard were the moans and pleas of the injured and dying warriors. Only one man remained standing, and as he stood, he thought about the flourishing valley that had just been destroyed. The battle, just hours before, had taken the sweet air and infected it with the coppery scent of blood and smell of fresh dead. The warriors had destroyed the soft grasses and small, but elegant, trees. The ground had been scorched and stained with blood, slippery to walk on. The trees, burning and twisted, were almost reduced to ashes by the people of Fire.

King Kaori took in the pitiful sight, one he had seen many times over the years. The Eternal War between two kingdoms had drawn Kaori away from his people, to fight. He had seen countless battles, but this one was different. This battle was the last.

It had to be, because this was the last of the men in his kingdom, all inflicted with fatal wounds. Of course, there were young boys back in the homeland, but they were too young to fight. Kaori had only survived by the sacrifices his men made for him, and his healing abilities. But the injuries of his fallen were beyond his ability. Even a Master couldn't heal their wounds.

The king, dressed still in his blood-stained armor, was becoming impatient. He wanted to tap his foot, or fidget, but he must retain his regal image. The other king can't see his impatience. Speaking of him, he was late. Judging from the sun slowly sinking below the mountain, it was almost an hour past their meeting date.

Lost in his thoughts, King Kaori didn't notice the figure shrouded in the darkness come from the side of the tall mountains covered in night. The figure was dressed in a black cloak, hiding his features. He emerged from the blackest parts of the darkness and stepped around the soldiers' bodies. This was King Magnor, the man Kaori was waiting for.

"Kaori," he said, nodding politely as he lowered his hood. Without the cloth covering his face, you could see his aristocratic features, dark hair, and midnight eyes.

"King Magnor, you come at last. Have you retrieved the required signatures?" Responded Kaori, no emotion revealed in his tone.

"I have the treaty here, signed. My remaining people have agreed to the arrangement, as have yours." Magnor handed the parchment, tightly bound in a grey ribbon, to Kaori. He accepted it, unfurling and reading over the inked treaty. When he reached the bottom he noticed it was signed by Magnor, and both of their people, already. Reaching inside the folds of his robe, he drew out a quill, ready for use. Before he signed, he snuck a look at Magnor. His eyes had adjusted to the dim light around the other king, and he could see the feelings churning on Magnor's face. When he thought nobody was watching, he had let his emotion show.

Like Kaori, Magnor was saddened, but relieved. This treaty will solve it all. The suffering. The pain. The loss. They had both almost lost all their people in the war. No matter what power they had. None of it was any good, for they were all equally matched.

Kaori signed the treaty, carefully rolling and tying it closed with the ribbon. One thousand years of peace. The people needed to rest, repopulate and train. It was long overdue; nobody alive could remember a time of peace anymore.

Magnor noticed Kaori had signed the contract. It was time for the binding to make it official. The two walked to the center of the battlefield and each grabbed one end of the parchment roll. They raised it above their heads, one half in the dark, one half in the day.

" We, Kings Magnor and Kaori sign this treaty on this day. Today marks a new era, the first day of one thousand years' peace. The Treaty states our two kingdoms will separate and heal, not to meddle in the affairs of mortals for one thousand years. Today the Eternal War is halted, and we separate into the two kingdoms, named today Dark and Day. King Magnor of the Dark, and King Kaori of the Day. So we have spoken, and with the binding words of our powers, so mote it be."

As the men spoke the binding words together in strong voices, the parchment and their hands began to glow with a golden light. This was the binding magic. The parchment rose in the air and a loud boom shattered the solemn air in the glade. As the two spoke the last words, the parchment glowed white-hot and burned, the ashes sinking into the ground. It was done.

They knew their people wouldn't be able to be totally peaceful for one thousand years, but this prevented deaths and major battles. The Eternal War is stopped.

Both men had the exact same thought. It's finally over.


Nice job on this, Firelight! I only have a couple suggestions. First of all, I think you should include a date near the beginning. If this is going to take place in our time, I think it would help to know how long ago this happened so the reader can understand if the contract is still in place or not.

Also, shouldn't the comma in this be a semicolon?

"It was long overdue, nobody alive could remember a time of peace anymore."

I think you need a semicolon or something like:

"It was long overdue, as nobody alive could remember a time of peace anymore."

I'm not that great with semicolons though, so I could be wrong. I would look into it before changing it.

I'm looking forward to reading the rest of your book. PM me a link please!

Just saying that you forgot to ping me a notif or send me a PM as I asked you to in the unedited prologue. Just a jewel of advice, if I wouldn't see this then I wouldn't have reviewed it. If you want continuous reviewers to actually review every chapter of your novel, you need to just tag them,to remind them. Now let's begin, shall we?

First of all, this is not a rewritten version of your earlier prolouge, it is just edited. Rewriting means for me at least to start from scratch(or a blank screen/paper) and write. Editing, is just changing things up, but leaving a lot of the same things in mind. With that in mind, I have this feeling that this doesn't have to be a prologue-couldn't it be Chapter 1?Here is a helpful link that will help you determine:
To prologue or not to prologue
Okay now onto the content itself:

The valley was filled with an eerie quiet.

Eerie quiet? That just really doesn't flow well to my ears and I would change it to: eerie silence.As a side note, I think that you could really imclude geography in here, like where does this take place? Are the two kingdoms close in length to eachother? What kind of weather was the battle raged in? Which side of the valley is it in?etc. I would

The trees not reduced to ashes by the people of Fire where burning and twisted.

This sentence make personally and honestly no sense to me. So were the trees burning? Or not? I would just rewrite your sentence and maybe say something like: The trees were reduced to ashes,burning and twisting, by the people of Fire."

In this sentence from one word to another you changed tenses. It was from present to past.A lot of writers have problems with this(including me) but that doesn't mean that it's correct.Woah you really switch tenses, almost constantly during this prologue. Here are some helpful steps how I fix it:
1.I decided what tense I want(past,present, perfect past,perfect present, etc.)
2.Then I make every verb in my writing bold(just as an eye reference)
3.I check and make sure and change it so that every verb is in that tense.
4.Check again, and that should be fixed.

King Kaori took in the pitiful sight, one he had seen many times over the years.

This gives off a vibe of regret and buried memories here. You could pack so much useful information here. Tell us about the other battles he faced or maybe compare them to this one. Also how did he feel about this specific one? I would really like to know.

His eyes had adjusted to the black still swirling around the other king, and he could see the feelings churning on Magnor's face. When nobody was watching, he had let his emotion show.

What is the black swirling around the other king? Darkness, his robes? I really don't understand what you are talking about here. Maybe you can expand or explain?
Now about the second sentence, apparently someone was watching him: Kaori. So you writing that when "nobody was watching him" isn't really valid or true at all because of that reason.

It was long overdue, nobody alive could remember a time of peace anymore.

I really liked this, you told in a showing manner.

They knew their people wouldn't be able to be totally peaceful for one thousand years, but this prevented deaths and major battles.

I liked how you added this in, because on your other draft, I thought. Humans are impossible to stop especially if they hold a grudge or anger within them. Also signing by signing this contract: Aren't the kings supposed to the best of their ability prevent and keep battles from going? I mean that's what they promised right?Also doesn't this magical binding have to remain unbroken?

s the two spoke the last words, the parchment glowed white-hot and exploded,

I think that exploded is too strong of a word because honestly, paper or parchment doesn't explode that epic-ally. It could be torn, burned, etc. but not exactly exploded, if you know what I mean.

They raised it above their heads, one half in the dark, one in the day.

Overall I think that this just has some minor improvements over the first edition. I am very intrigued by this story and interested where the plot line is going and I would love to read the next chapter when it comes out(PM me a link) 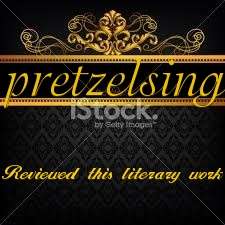 Firelight says...
Thanks a lot! Sorry I didn't PM you-totally forgot. I will definatly edit this more. As for the Prolouge thing, the actual story takes place in modern day, but this will be needed later to explain everything, so it's not really a chapter. Anyway, thanks again:)

pretzelsing says...
Np, everybody forgets at some time or another! Hope this helped!If you have any questions you could always ask me!

Firelight says...
I edited based off your suggestions

"Think of all the beauty still left around you, and smile."
— Anne Frank