The Masked Ones DT

The Masked Ones DT

** Here you post your profiles and any other discussions!

You are a Masked One- a moving group of skill filled people who follow under the reign of
Xenon the Merciful who was killed by Lacen the Fearless, a man who was brought the kingdom of Grantania to a deathly wake.

The Masked ones go around the Kingdom trying to bring happiness to the people of Grantania, though Lacen doesn't like this. Sending out gaurds to kill anyone who is in or favours the Masked Ones.

• Maximum two characters, preferably one male the other female.
• No God Modeing on the characters, so for example don’t have super strength, acrobatic, great singing characters.
• Post regularly, I know that I often don’t but I will try to pull my toosh.

• Be Creative!
• If you have a picture, place it in a spoiler.
• Magical Powers are not allowed for any characters of The Masked Ones. The only person with magic is Lacen, and even then it is weak and deprived from black arts.

Spoiler! :
Name: (First, nick name, and last.)
Gender: (Make it to ratio, please. Not a six males and one female)
Age: (8-40)
Appearance:
Picture:
Talent: (Make it something different, so, not like a hundred fire juggles and one in the others.)
History: (How you came to the Masked Ones)
Personality:
Flaws:
Likes/Dislikes:
Strengths/Weakness:
Up for Love:
Other: (Optional)
I spy!

Appearance: A very deep brown that often looks black when wet or under shadows. She has hazel eyes that are more green than brown. 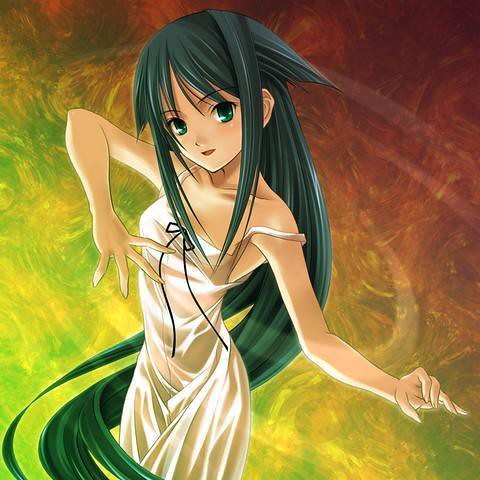 History: Elinor use to be a street girl, stealing food for her dying mother and younger sister. The strange thing about Elinor was that she would always leave an I.O.U engraved into the house she stole from.

When she was eight she tried to steal from a guards home and was caught. She was about to be beheaded when the "Masked Ones" saved her and brought her on as one of their's.

Personality:
Like an egg, Fox has her outer shell and inner yolk. Her inner yolk is very quiet and fearful, full of hate and dispise whilst on her outside she plays a very friendly, childish and mischievous girl who only likes to have fun.

She often wishs that was her true personality.

Flaws: Not trusting enough and often takes thing to far.

Likes~ Adventure,Xenon, acrobatics and anything childish.
Dislikes~ Lacen, Lacen's Guards and anyone who is cruel and black hearted.

Strengths~ Acrobatics and thinking on the spot.
Weaknesses~ Strength and keeping her wild emotion back.

Appearance: Petite and wiry, with cropped, unkempt black hair. Her eyes are nearly black, and are very beady. She has razor thin lips and a very small, pointed nose.

History: Jenna doesn't remember any of her childhood. Perhaps this is Jenna's insanity kicking in, but she simply can't remember. Her first memories are of performing in front of a crowd at a local tavern when she was 7. She's drifted from traveling circuses to private employment to being on the streets and performing for tips. The Masked Ones came into the town she was staying in during on of her on-the-street times. Jenna approached them about joining, and she has been with them ever since.

Personality: Jenna is partly insane. She will be elated, soaring, laughing one minute and then furious, irritable, and deranged the next. She lives life to her own tune, and it is very hard to put a finger on her. Jenna has a great feel for the crowd, however, and is a spectacular performer.

Likes/Dislikes: Likes: Cheers of the crowds, living on the edge.
Dislikes: People getting to comfortable with her, dullness

Strengths/Weakness: Strengths: Has a great feel for a crowd when performing, and will adapt to their wants and needs. Jenna also has quite a bit of stamina.
Weaknesses: She's claustrophobic, and has very bad people skills when not in front of a crowd.

Appearance:Deep brown hair like timber wood, and golden eyes like embers of a fire.
Blaine stands tall with a slim build.

History: His mother was a Masked Ones and gave birth to Blaine when she was preforming (He is teased for this

) It is rumoured Blaine father is a guard of Lacen, or that it is Lacen's son himself but that is unknown, (for now) Blaine doesn't like hearing about how he was born and doesn't talk very much to his mother because of these rumours.

Personality:Just like a fire, Blaine is pretty to look at though dangerous to come near.

Flaws: To brash and witty, never thinks things through.

Likes/Dislikes: Blaine likes to play the flute and loves the way fire dances with him, though he cannot stand his mother and Lacen.

Strengths/Weakness: Blaine isn't very strong, though he is very quick and agile giving him an advantage in a fight.

Up for Love: yes.

Other: (Optional) Often is found playing fute when he is alone.

PS. Has anyone seen; "How to train you dragon"? It's the best movie ever!
I spy!

I haven’t watched How to Train your Dragon though I was planning to. Instead I watched Alice in Wonderland.

Appearance: Strongly built, with a mop of frazzled brown hair and large hazel eyes. He wears a red ox like mask with a blakc line down the muzzle. 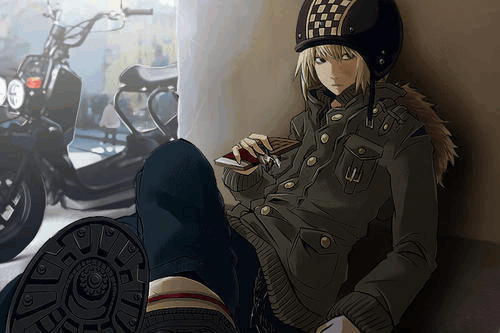 History: Doesn’t know his past, all he knows he was young when the Masked Ones adopted him.

Personality: Strong and often comes across as dumb, Lint doesn’t like to talk much taking on the strong silent type.

Flaws: He makes himself seem dumb, making people think he is as stupid as a monkey.

Likes/Dislikes: Lint likes no loves to eat food of all kinds, if it smells nice he’ll eat it. He dislikes people calling him stupid and people judging him.

Strengths/Weakness: His strength is phenomenal, though he isn’t very fast on his feet and cannot think quickly.

Up for Love: Yes
An optimist is someone who falls off the Empire State Building, and after 50 floors says, 'So far so good!'

Talent:
Chantel~Singer
Dextra~Acrobat
History: Their parents were killed when they were young after they hid them in a back closet. After two days, they came out and were found a week later by the Masked-ones hugging each other on the side of the road, both crying. They've been with the Masked-ones ever since
Personality:
Chantel~Quiet when not singing, stoic, keeps to herself, very calm and relaxed.
Dextra~Very chaty, very social(ironic that her mask is the cheetah), outward, but prone too explosive anger.
Flaws:
Chantel~Fear.
Dextra~Anger.
Likes/Dislikes:
Chantel~Likes~Quiet places, singing by herself. Dislikes~being dissed, evil people, boys.
Dextra~Likes~Preforming, being around people . Dislikes~being ignored, being shunned, evil people
Strengths/Weakness:
Chantel~Strengths~Singing, keeping Secrets. Weaknesess~other people, crowds.
Dextra~Strengths~Crowds and controlling them, flexibility. Weaknesess~being alone, being in confined places
Other: They are total polar opposites, but they are best friends and NEVER fight. Stay together no matter what. Would die for each other. When they were living by themselves, they were attacked by royal guards. They had their backs close to each other when the guards advanced. before they were able to escape, one of guards slashed at them and cut them on the arm, a long scar remains and is compleate when they stand back to back.
Last edited by KinetaAlettaThyra on Thu Apr 08, 2010 12:22 am, edited 1 time in total.
Curiosity killed the cat,
But Satisfaction brought it back!

If that never happened,
How do you think I'm still here?

Everyone has a right to be Stupid
but that doesn't mean you should abuse the privilege!

Great profile Kineta. I think we need some guys before we start but I hope to soon.

History: Layton has walked a tight rope for his whole life, it wasn't till he had to save someone from falling and was forced to walk across was his talent notice for something. Other than just for being a cocky scoundrel.

Personality: Very up himself and selfish, Layton cares for only one person; himself.

Strengths/Weakness: Layton has very good balance and some strength to his name, though his weakness it think through possibilties.