post689483.html#p689483 original plot, character pallate, etc.
Sorrow lasts through this night
I'll take this piece of you,
and hold for all eternity
For just one second I felt whole... as you flew right through me.

Name: (Something cool and dragon-like please!) Zaranothas (Zara for short)

Appearance: Zara is a western dragon. Her scales are golden and she has beautiful amber colored eyes. She is a very muscular dragon and is one who will be ready to fight at anytime and seems to be prone to sickness. Her wings work very well, and help her soar high in the sky.

History: Zara became orphaned when she was just a hatchling. Her parents were both killed defending her from a dragon slayer. The Dragon slayer killed all her late-hatching brothers and sisters. Her, being an early hatcher, allowed her to get away from the slayer, she wandered alone for a while, until another dragon Flametounge, took her in.

Personality (Dragon's have personalities too!): Zara is very competitive, and can get mad easily. But that doesn't stop her from having her fun. She is always up for a hunt and is very adventurous. She is proud, and not afraid of danger.

Up for Love? Sure

Other: She is one of the few Golden Western Dragons left.
Sorrow lasts through this night
I'll take this piece of you,
and hold for all eternity
For just one second I felt whole... as you flew right through me.

Appearance: Depending on her surroundings, she’s either white, or different shades of blue. She’s agile and snakelike, able to fit into smaller spaces than most dragons. She’s also small for her kind, but she makes up for it with superior speed.

Personality (Dragon's have personalities too!): Fierce and short-tempered, she’s incredibly headstrong and determined and wants nothing more than to wipe humans from the face of the earth.

Other:
Just another quack spouting psychobabble.

Appearance: Sky blue feather on his underbelly and dark blue feathers on his back. He has white feet and a white beak. His eyes are grey but almost look clear.

History: Tough Alagar is young he had a wife and kids. When he was away hunting a slayer came and killed his wife Mahaul and his three sons Malki, Enzo, Dustfinger, and his daughter Ashkii (Ash). To this day he's always on the look out for the slayer he saaw only a glimpse of.

Personality (Dragon's have personalities too!): Alagar is very touchy when it comes to his family and he's always alert for the man who killed them. He despratly wants to avenge their deaths. He sometimes gets very ocused on this task. He's calm, gentle, and kind when he's not looking for the slayer.

Up for Love?: Sure

Other: None
Live, Love, Laugh

Appearance: At first glance he is black, but once your eyes adjust you see the brilliant spectrum of colors on him, sort of like one of those rainbow-y oil spills.

History: Obs grew up an outcast, his egg stolen from its original nest and hidden among other westerns. He was ignored because of his special coloring and powers. HE therefore doesn't get along well with other dragons, but is really quite sweet ans sensitive to others.He always makes his kills swift and painless because he hates seeing things suffer, but needs to eat meat because... well, he's a dragon.

Personality (Dragon's have personalities too!): Obs is a sweet and sensitive dragon with a wild imagination. However, he has a feisty streak and doesn't get along well with other dragons, mostly because they were not nice to him growing up.He is proud of his rareness, though, at times a bit conceited.

Up for Love?:nah, not really

Other: is the last known black spectrum dragon, black spectrums are second only to the extinct spirit dragons. His "fire" is really the power of darkness, and looks like tons of colorful triangles. It's effect if to either age the victim until they die in a matter of seconds or, if he so chooses, to alter their minds so they go insane. He has never used the latter power, and never plans to. His fire looks a bit like hundreds of these: 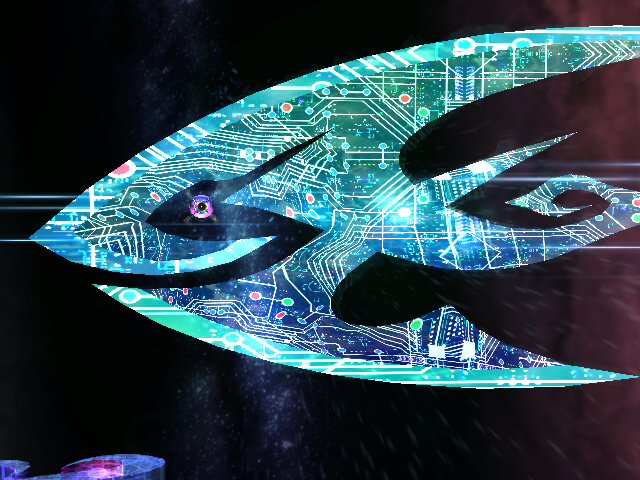 Appearance: Small, and streamlined with big green eyes and a tan coat. Darker markings on the back of her wings, on her back, and along her legs and face. Lighter on her underbelly and muzzle. Looks very quick, sort of like a lizard when it moves, which is often disconcerting considering her awkward conformation. Distinguishing her from other dragons are the dark marking on her back and face, her size, and the color of her eyes.

History: Kentyi was born as a twin in a time when prey was scarce. She had been smaller than her brother and was abandoned. Finding a way to survive was not easy, and she was fairly young. By some stroke of luck, she was found and nursed by another dragon until she was old enough to leave- which she did. She has spent some time searching for her family but now resigns herself to drifting.

Personality: Curious and motherly. She seems to be both young and old at the same time. Young in her fascination and excitement, old in her fear and caring. Anything small and vaguely babyish brings out the mother in her, so being pregnant is quite the news. But there's no one to share it with as the father simply migrated off with his family- leaving her the brutal task of raising young. Likes other dragons, even if they're not marsupial, and hasn't been around humans much.

Up for Love?: Sure

Other: Plan to have her be pregnant and her 'story' be about raising her young dragon. May make a young dragon picture too (I made the one I used

Appearance: She has a very peaceful look about her, and the array of colors only adds to her serenity. Otherwise, look at the picture.

History: Nabrowi had no tragic event happen in her life between slayers and dragons. Her blood relatives are all still alive, and as most Mexican dragons do, they live away from human life. Mexican dragons never had a desire to kill human life, living by the belief that if they leave the humans alone, the humans will leave them alone. Over the years, it has generally worked, (ancient civilizations have actually worshiped these dragons) though there are still the few who are murdered mercilessly. Nabrowi has no reason to be upset though, living day by day as if there was no war between the two species.

Personality (Dragon's have personalities too!): Nabrowi, much like how she appears to be, is a serene dragon. She never gets angry, but when she is upset, she doesn't show it. She's generally a light-hearted and caring dragon, believing fully in one value: Friendship.

Up for Love? I guess. We'll see how Nabrowi feels about it later on in the story, ja?

Other: I had no idea what a Mexican dragon was. XD So I did some research! Basically, Nabrowi (and Mexican dragons in general) only has the cliche power of fire-breath and they strangle their enemies with their tail. The one unique power they have is their hypnotic gaze, so attackers should look away from their eyes. Also you can tell I researched by reading the history with the ancient civilization and the Mexican dragons' belief to not attack humans. If you want to check my research, google "Amphithere dragons".

Also, because I feel so freaking clever, Nabrowi is a jumbled up word from "rainbow". I love this species. XD
I make my own policies.

I'll join! Its my first storybook to join so...I'll try to do my best!

History: Leneth was a dragon in China, who was once praised. But after her family was tragically killed by a slayer from the West, she dissapeared for a matter of years. Many Chinese tried to find her, but no one could. When she came back, the legend of her had died out, along with the only people who remembered her greatness. People thought she was a serpent, and have been hunting her ever since.

Personality (Dragon's have personalities too!): She is a very kind dragon, though she can be very defensive. She has to be, if she's to save her life. She is one for a joke, but she knows sometimes they can go to far.

Up for Love? Sure

Other: She is a born leader
Sometimes fantasy's better than reality.

Never let the fear of striking out, keep you from playing the game.


Keep your face to the sunshine and you cannot see a shadow.
— Helen Keller