This is the DT for Inkling of Magic. It shows all the races the reside in Alphia and a small summary about each of them. If you have any questions just ask and I'll be happy to answer.

Fey's look like humans except for the deep blue skin and leather wings. Fey are everything but kind hating every other race but their own. Following under the Snow Queens law they do her every bidding using the small amount of magic the Snow Queen gives to them.

They have power over manipulation and are able to make weak minded people fall into insanity with a blink of their eyes. They live in the Snow Queens kingdom training themselves for their Queen vast horde of fey army.

Faeries are small yet very powerful in using magic. They can easily kill an army by using the elements given to them. Living on the out skirts of Alphia faeries hardly ever show their face unless it is to cause misery and woe to travellers who walk into the midst.
They commune with nature having an ability to talk to trees and control vines into doing their every whim.

Faeries do not follow under the Snow Queen's law, instead make their own which are fatal and gruesome.

Haec’ guards are part Faerie part human, born into the Alphia as cursed children. At eight they are taken away to become portal guards, a job none to favour to full blooded Aplhians. Haec’ Guards usually live in the ice caverns following orders from Lady Abhorsen, a full blooded Nymph who made the Haec’ Guards little more than just cursed souls. 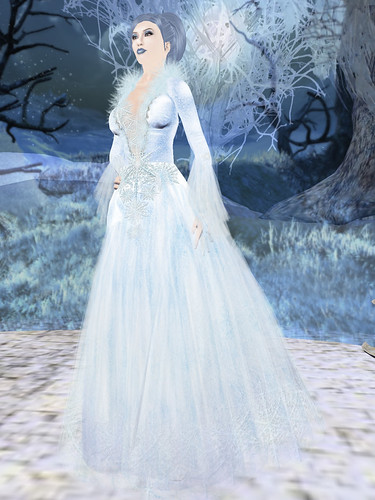 Born as a faerie though resembles a fey, The Snow queen rules with an iron fist. Her vast army of Fey follow her every command without question. The Snow Queen is the strongest being in the whole of Alphia though she is becoming weak.

She needs Earth and humans under her control so she can suck at their energy growing even more powerful then before.

Golem’s are made from magic and rock under the spell casting of The Snow Queens magical guardian Tale. They follow commands only from the Snow Queen and Tale. Even though they have no other will than to serve under the Snow Queen they can only break out of Tale’s hold when a stronger earthen magic is called upon by earthen mages.

Nymphs only have one objective, to pull helpless beings under stream and into a watery grave. They are immortal and have the ability to entrance clueless mortals under water with their entrancing appearance.
They are ruled by none but themselves living in the treacherous waters of Alphia.


~~You can post profiles on here also.
I spy!

So every single one of them wants humans dead! Ha.
An optimist is someone who falls off the Empire State Building, and after 50 floors says, 'So far so good!'

Yeah, it seems like it... Hmm... This will be interesting.
"I bow to ChildOfNowhere, my one and only master."

Haha I just noticed that, all well it makes it more fun!
I spy!

Heh, It's fine. Now. Let the fun begin!
"I bow to ChildOfNowhere, my one and only master."

I'm just going to do a quick characters list up:

(Still Accepting Characters if anyone is interested)
I spy!

Anyhow. Can I create an Alphia character?
"I bow to ChildOfNowhere, my one and only master."

I thought it was dead....but I guess it still has life, that's if the others want to. I'll post anyway and yeah sure you can create an Alphian Character!
I spy!

Cool. I'll just go do that then.

"I bow to ChildOfNowhere, my one and only master."


All the turtles are related.
— Jack Hanna