Hi there! This is the ooc thread for Befriending the Enemy, a zombie apocalypse roleplay where your characters end up as zombies. This is also one of the few roleplays where I had enough people interested in it to make a full cast from the get-go, so this roleplay is technically closed right now. I'm also reserving spots for everyone who showed interest.

You're free to write up to two characters in this roleplay. But I also know that some characters really do work best in trios and not duos, so I'd be happy to let three characters in if you really want to write them.

And, if you haven't already checked out the rules post in the actual roleplay, please go do that now!

Spoiler! :
And here's a quick little tag for everyone who showed interest!

For this roleplay, I'll be using two characters from a fanfiction of mine that I'll probably never really write. You might recognize them from my first #ocforaday/#characterinterviews that I did over on my wall a few days ago!

Spoiler! :
Rose W. Chase: She's an oc of mine for a game called Twisted Wonderland. Her appearance changes a little depending on the world she's in, but it currently involves anime-esque brown hair and purple-ish eyes. She's the average height for a sixteen-year-old girl, so she's a little shorter than my other character. She's wearing a torn, stained version of the uniform down below, but also carries a messenger bag that she wears over one shoulder. If you want a good idea of what she looks like when she's not a zombie, you can check out the art my friend drew of her down below, too!

Ace Trappola: An actual character from Twisted Wonderland, but I'm bringing him into this because I love how sibling-esque relationship with Rose. (I’m also stealing his description from his wiki page, but shhh.) Ace has messy, dark orange hair and red eyes. Over his left eye, he has a red patch shaped like a heart. He wears a white shirt, with a diamond-patterned vest covering it. Over the vest, he wears a blazer that the others in his dorm wear. He wears a black and yellow ribbon around his waist, and red and white high tops. He also wears white trousers.

When he's not a zombie, he looks like the picture down below. He'll still be wearing the same outfit, but it won't be as neat and will probably have a few suspicious stains.

I'm not sure when I'll get my first post up, but I'm hoping to do it sometime this morning.

Thanks for the tag! I'll write up some profiles for my characters after work today.

Spoiler! :
Prof. Alexander Bernard
An OC of mine from the Fallout Universe, "Mistah Alex-ahn-duhr" (as his robot servant calls him) was a former military scientist before he began working at the Commonwealth Institute of Technology. In 2077, he, his wife Elizabeth, and their son Howard escaped to Vault 111. Following a tragic series of events, Alexander escaped the Vault and fled towards the CIT, hoping he could pick up his work where he left off. It was not to be, however: his entire office had caved in on itself, leaving his research lost to the ages. 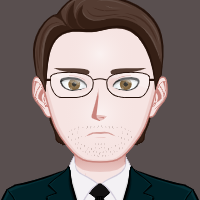 SInestra Hopkins-Jones
Whether she truly needs an introduction or not is up to you. Sinestra certainly believes that she ought not need one, though will comply if need be. SHJ is several millions of years old, having used a combination of magic, wit, and sheer dumb luck to expand her life. Now, there, she has lost her magical abilities... again. She's not certain why these things happen from time to time, though one thing that she does know is that it commonly leads her to be somewhere that she clearly wasn't at before. Armed with her trustworthy cane-- her only weapon against whatever hellhole she's entered this time-- part of Sinestra knows that it is her job and duty to fix whatever issue there is here.

Assuming she survives, of course. 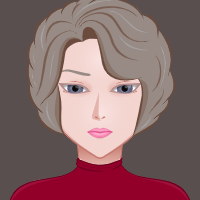 The politics of the world may be corrupt, but that does not mean that we must be corrupted ourselves.

SHJ and Alexander look great, @TheScribe! Feel free to get your post with them up.

And I can't wait to see your character(s) later today, @TheMulticoloredCyr!

I'm not sure how clear it was from the roleplay's description, but the others that were vaguely in the roleplay's intro post were just the other characters—you're free to put an actual zombie into your posts, but they're most surrounded by each other.

Also, quick question-- did you have an idea as to where this story would be taking place? Maybe an alternate real world city or something? I ask because Sinestra and Alexander have lived in America (though Alexander has definitely lived in a very different one), and I think that it's possible one of them would be able to recognize their surroundings.
The politics of the world may be corrupt, but that does not mean that we must be corrupted ourselves.

And good question! It's definitely somewhere in America, but I didn't have a specific city in mind. Maybe it could be New York City?
mage

NYC would work, yeah. Sinestra would definitely recognize that after she starts thinking about it. assuming her brain isn't half-rotted, ofc
The politics of the world may be corrupt, but that does not mean that we must be corrupted ourselves.

And her brain should be all good.

The rest of her body isn't, but her brain should be as good as it usually is.

Edit: I have no idea how I missed it, but I just noticed you got your first post up. >>
mage

The politics of the world may be corrupt, but that does not mean that we must be corrupted ourselves.

I need to know what the effect of adding a character who already looks undead would be? Like, a character with a huge hole in their chest with greenery seemingly growing out from within.

I think I've locked down my second character - (Raz, for those of you who know her) - but that undead-appearing character may be fun and idk how that might work. Worst case I just don't add them, but I wanted to ask lol
he/they

Thanks for checking, Cyr!

The only effect I can think of is that your first character might not be as shocked by suddenly being undead. There might also be a fun part later on in the roleplay where the other characters inevitably learn that your character had a hole in their chest before they ended up as a zombie—I know Ace and probably Rose would have some entertaining reactions. c:

And I can't wait to see you write for Raz again!
mage

Wonderful, the character shall be added, looking like a living corpse that had been in the process of being reclaimed by the earth before they just got up and walked off.

I'll work on my first post soon here then!
he/they

Awesome! I can't wait to meet your new character.

Throwing the descriptions here before I write the post. It took a while because I couldn't resist throwing together a proper drawing of my already-technically-a-zombie character.

Spoiler! :
Sugar: Pictured below, Sugar is of indeterminate age with a chalky, but surprisingly loud voice when mixed with appropriate enthusiasm.

Raziel: Pictured below, Raz is a fallen angel whose wings, even when not riddled with decay and balding of feathers, as they are in her current sorry state, are too weak from disuse to be functional. She has the ability to view an aura around people in her direct visual field indicating the nature and severity of the secrets they keep, though, being disconnected from the source of her true powers, she must use conventional methods if she is to find out what, exactly, those secrets are.

Because Raziel is involved in this, I kinda need to request to know what the color and intensity of the aura would be around each of your characters.

Some quotes from her initial profile and the discussion surrounding to help you guys with this:

And the long one that goes far more in depth:

If you want to leave secrets for character reveals later, you can just let me know a color based on this:

-Light grey: mundane secrets, pretty much everyone will have this if they don't have anything else. "Yes, I did take out the trash", "No, I didn't go out last weekend", that kinda thing.

-Dark grey to black: this happens when the mundane secrets pile up until they're lying about pretty much everything they do and don't do. Basically, if your character's living a double life, having an affair, consistently lying about some basic part of their life, ect., it'll look like this.

-Varying shades of pink/red: Destructive secrets. The more severe, the darker the shade. These are any secrets they keep that could be potentially harmful to someone or something. That can mean it's either something as little as them not telling anyone that they broke a glass container somewhere or something as big as them keeping their life as a member of a dangerous gang a secret, thus endangering everyone they care about in the event that that life of theirs doesn't go so well.

-Varying shades of purple: Miscellaneous, basically. Anyone keeping a secret that isn't directly dangerous to anyone or anything will likely have this. This can range from 'I have a secret pet in my no-pets apartment' to 'I have huge feathery wings sticking out of my back and I can't do anything about it'. Razzy would have this if someone with her abilities looked at her.

-Add a color if you don't think any of these fit.


Keep in mind that Razzy only sees an aura if the secret is something she doesn't already know, so the character's keeping their abilities or statuses as non-human a secret from other people won't make it appear unless they also aren't telling Razzy.

The color of the aura is also linked to how the character themselves views the secret(s), and not necessarily how things actually are. If they think it's harmless and it's actually dangerous, Razzy won't see red. That kinda thing.

Sorry for giving you guys homework for a RP, but hopefully it's more fun than annoying to figure out how your character views the secrets they keep, and what they consider to be secret.
he/they


Between living and dreaming there is a third thing. Guess it.
— Antonio Machado