A few questions for you all to think over before reading this. This is only the first part I wanted to see if you guys liked it enough for me to continue. I also want to know I you think I should add more before Dominy leaves Crystal and such... Comments, Suggestions and such all welcome. The title translates to Maiden of Song. and Draiocht means Magic. I use a language in this loosely based on Gaelic.

'And above all, watch with glittering eyes the whole world around you because the greatest secrets are always hidden in the most unlikely places. Those who don't believe in magic will never find it.' - Roald Dahl

"The second principle of magic:...things which have once been in contact with each other continue to act on each other at a distance after the physical contact has been severed." ~ James G. Frazer

"Magic is believing in yourself, if you can do that, you can make anything happen." – Johann Wolfgang von Goethe

“And the new mother is she fairing as well?” Lord Kysan commented slapping the new father on the back, a wide crooked smile plastered to his tanned face; this was both Lord Penwyr and Lady Ardesea’s first child.

Dominy had known Lady Ardesea Vastel-Penwyr since her years in the solar; she was a strong woman, Lord Richard Penwyr her husband, Dominy was more worried about. He tended to over exaggerate things that happened to her.

“Girl or Boy?” Someone shouted over the din of the congratulations and auditory slaps.

Arch-Magin Talim remained seated the entire time. His crinkled skin carved out a very weathered, fragile looking figure, though fragile he was certainly not.

“You got me out of my bed for this! Babes are born anew every second; it’s not as if a new state has been born. So let’s get on to what I came here for the real business and not some deterrence.”

The Council of Crystal, the highest court in the land fell silent at Talim’s menacing scowl and returned to their seats. A large, black stone round table seated thirteen – one member for each of the regions of Crystal. All were men except for two; The Bain of Gish’s ambassador was the High Artisee (Princess) Thai and then Tamarine, wherein Dominy had taken over from her ailing husband two years prior. Remistlar de Leon had been Lord Penwyr’s best friend and comrade and had seen him through even the Niel, and so not wanting to lose one vote on the Council, Dominy had been sent for in his stead.

“I, High-King of Crystal, Lord Richard Penwyr call this, the sixty fourth of its kind, the Council of Crystal in session.

“I have received troubling news from Gent; the Viledos have been causing trouble for travelers to and from Tenten.”

High Counselor Peg cleared his gargantuan throat, his words sounding off the all of the now seemingly miniscule room.

“But what do we know of the goings on in Gent. The Viledos could be up to nothing but vagabonding, something the Gent courts should deal with themselves, petty thievery is not in the interests of the High Council of Crystal.”

Most of the other members nodded.

Lord Kysan, Penwyr’s right hand scowled skeptically, “But what if this is not just isolated incidents, and grows into something more? I say we nip this thing in the bud while it’s young.”

“What if, what if? There are many what ifs that stay just that. The Viledos has been know to cause trouble, but nothing has become to big the courts there can’t handle. We can’t afford to send men to Gent’s outer reached just to comfort some edgy locals. It’s not practical.” Peg sounded quieting the scene with his bear-like façade.

“But we can’t afford it if we are wrong either. If this is not just isolated incidents and turn into something far worse, what we can afford will become much more stringent then.” Young Sir Genis of Mayne spoke softly.

The debate continued long into the night, with Dominy furiously writing down everything that was said, to show Remi when she got home. It wasn’t her duty to raise her voice, or say much, it was to vote and speak for Remi after speaking with him. As the court quieted down, Peg content he wasn’t going to lose troops and Kysan content that intelligence would be gathered Penwyr witched the subject.

“Lady Dominy, I hear you are to travel to Tamarine in less than a fortnight?”

“Yes my lord. For the Festival of Lights.”

“Good, good. Tell your liege-lord he is greatly missed.”

Murmurs went around the table in agreement. Remistlar de Leon was well liked and respected as a man, Knight of Salanon, and member of the High Council, and his illness which required for him to stay in comfort in Tamarine had bothered some.

“I will tell him that Sir, he will be happy to hear that.”

The newborn snuggled into the blue weaved blanket, his feverish mother held him in.

Dominy looked down on the small, pink bundle. Wishful thoughts stabbed at her heart, what she would give to have a child of her own. Her eyes traveled from the sleeping child, to the young mother. Her brow was slippery with sweat, blonde tendrils squashed to her pale face. But her brown, doe like eyes smiled up at Dominy.

“What the little ones name Milady.”

She looked down at the infant in her arms, “We named him Kyan Evan after Richard’s brother Kyan and Evan De Alis, from the Cantile of the Viches. Silly song if you ask me.”

Dominy grinned at her longtime friend; it was good to see her in such good spirits. The night young Kyan was born, a mighty storm of thunder and lightning raged outside and the Healer feared he would be stillborn. But from the look of things Kyan Evan Penwyr would grow into a very healthy young lad.

“How’s your husband?” Ardesea broke the silence as her son mouthed in his sleep.

Dominy bit her lip, not so eager to divulge in such things and took a breath before telling Ardesea of what lay at home.

The blue shimmering water rippled over the purple stones in the small, shallow free flowing stream. The sun high in the bright cloudless sky flecked sun shaded shadows on the little grove of trees that lined the banks. Tuffs of grass spurted up from grey rocky outcroppings where little animals burrowed into the earth.

Dominy’s chestnut shaded stallion Erevador stopped his feet at the edge of the back, and stretched his nose out begging slightly for the reins to lax in Dominy’s slender hands so he could take a drink.

Inevitably she did resting the leather reins on the pommel and leaning back in the saddle, trying to stretch out all the kinks of a days riding. She could have gone by coach, but Dominy felt more at home riding through the countryside to the small duchy of Tamarine, out in the fresh air and wilderness rather than cooped up in a couch and four bumping along the main roads.

Erevador stomped again, gingerly placing one hoof in the water.

“Milady, withal, it seems he’s eager to lam.” Her steward Caen cheerfully added, it seemed he as well was eager to get out of the High-City.

Dominy reached towards her reins and gathered them up, nudging her large charger forward. Erevador responded immediately.

The buoyant though silent air around the three riders sent Dominy back to thinking again. It seemed she did her best deliberation on top of Erevador with only the elements enveloping her. Her thoughts drifted back towards the dealings with Gent, a principality in one of the farthest reaches of the Council. The small city of Gent, for which the territory was named for, ruled all its outlying areas but borders on what most called the Outlying Lands. The Outlying Lands or Tondân Airé as the locals called it was a large patch of land west of the Crystal and the Council lands, home to nomadic clans, thieves, and general mayhem. The Viledos, a particularly hearty band of thieves dominated the scene. They mainly rampaged through small villages scarring children and engaging in petty thievery of any noble or people of substance if they chose to ride in the vicinity. Nothing to drastic, last time the letter came about the Viledos, The Counsel that asked the Courts of Gent to take care of it themselves and they had sent out a few brutes to scare the Viledos away. Apparently it hadn’t worked. Dominy had a feeling that the Counsel wasn’t getting everything they needed to know about what was happening across the border.


Hey there! There are quite a lot of interesting fantasy stories all around in the back of the Literary Works section, and you're the writer of quite a few of them. Let's jump right into it!

This has quite a lot of stuff happening right now, with quite a few different scene breaks all in something that's not that long. I find it interesting to start this whole story off with a baby delivery, but it does seem to highlight what kind of person Dominy seems to be - caring, hard-working, takes pride in her work. I'm a little surprised by how the power is handed down from the Council of sorts and with a whole lot of different people, fit with the old, cranky man at the helm, which, is alright, cliche, but it's an okay place to start this for now.

I'm curious to see where this story meant to go towards since it seems that Dominy is kind of set apart from the current dialogue of people fighting and talks of a war or a possible group of vagrants threatening the city. I do find it interesting that her husband is actually meant for her seat, and that he's currently rather sick and I assume slowly dying. While that is unfortunate, I wonder if a possible plotline could be there was an outside source of his illness, despite the rest of the Council seemingly being so supportive of his and her plight.

This last scene break was probably my favorite one, and I almost wonder if we could shed part of the beginning of this to allow for more expansion on Dominy and who she really is. The last long paragraph though does invade quite a lot into the reading experience as it's all expository which can work in some cases but not quite at the end of the first chapter, I don't think.

That's all for now! 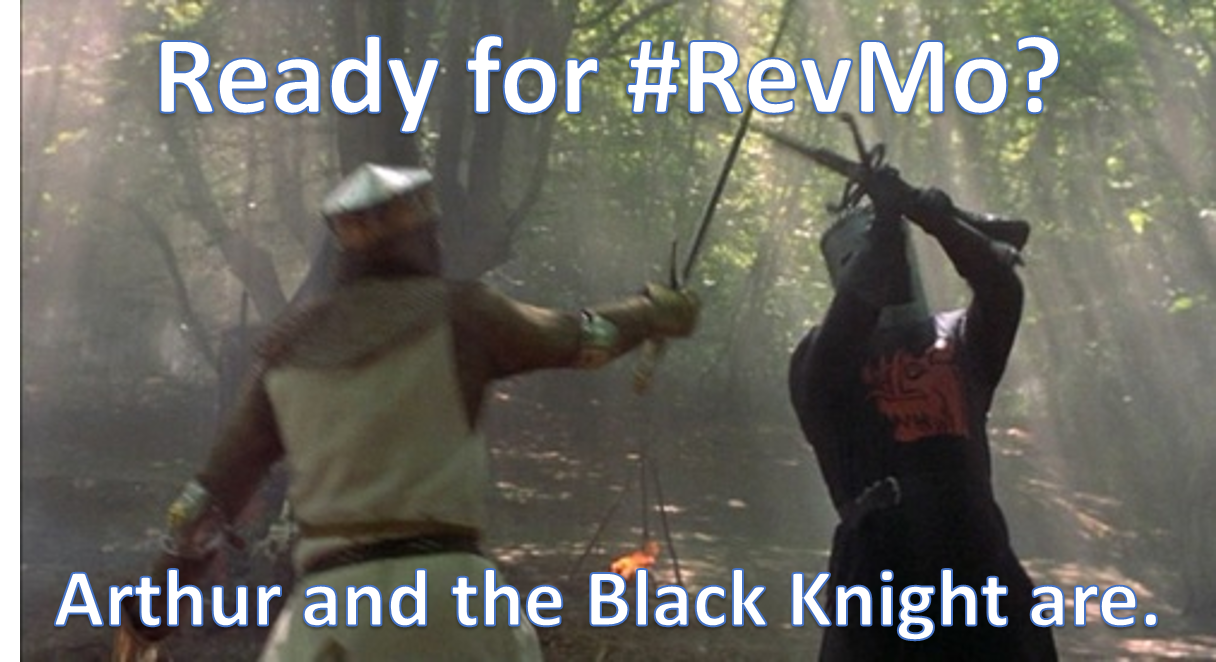 
My suggestion: slow down, pace yourself. This is less than 1500 words, when it could easily be three or four chapters each twice that length. Take your time to set things up properly, and do some world-building. What do these people look like? Who are they beyond their name and title? How do they feel about the situation? What does the setting look like? What exactly is this place, the council you refer to, the festival? The story has potential, but it's lacking in so many areas.