Note: This work is for a competition. It has to be 250 words long, and must start with the first sentence I've written. I'd love a bit of criticism and I've got until the end of November. So... Here we go! 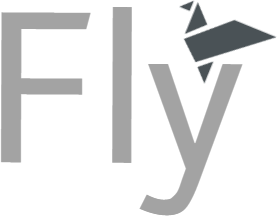 Once upon a time, there was a dark and stormy girl.

Well, not all people are sunshine and rainbows - especially not Lillie Richards. A lot had happened in her fourteen year long life so far, and the horizon was no brighter.

Lillie tended to drift off in her own worlds, which were as real as the world she inhabited physically. Some people said she was crazy, but they didn't understand. Lillie knew her worlds were real, and they were an escape from her demons of hate and heartbreak. They were her safe haven from her cracked china of a life.

A few hours of thinking years ago had convinced Lillie that her worlds could be traveled to not just astrally, but physically. She could be there, among the creatures of legend and myth. She could feel the earth under her pulsing with life even more powerfully than she already could.

Lillie sat on the edge of the cliff far from her home, cheeks stiff with tears. Her ebony hair clung to her forehead and face, but she was too distraught to brush it away. Her patience and faked happiness had finally cracked like her heart, and now her life was crumbling. As she neared the cliff, a force seemed to lure her closer. The wind spoke of magic and hope, calling her name. So, Lillie reached out towards the wisp-clouds - and flew.

Far out, beyond the clouds, lay a safe haven, the air sweet and light. Lillie had returned home.

Origami graphic by Freepik from Flaticon is licensed under CC BY 3.0. Made with Logo Maker.

I want to understand you, I study your obscure language.
— Alexander Pushkin