Stone in your mouth,

I look out the window

and imagine that the trees

bend to your figure.

prince of the air who captured me,

prince of gnomes and prince of stones,

maze of lovers, filled with bones,

and here I lie beneath the mountain,

its entrance hid by the golden fountain.

I wait for your breath to fog the glass

I wait for your touch, for you to pass

a stone to me. I slip it in my mouth

And though we cannot speak,

you hold me close--

you smell of gold and roses.

They say that he drowned. That he washed up with the foam, that he was already half-rotted when we found him. They say we'd buried him right there, under the sand, and now every year some unfortunate finds his ribs poking out, white as shells, and they have to bury him all over again.

They say he still walks the beach.

They say you can sometimes find fresh footprints in the wet sand early in the morning, even when you're the first one there. They say that the scraggly sagebrush and thorny shrubs bend to fit his form. They say if you sit still for long enough, you can feel his warm hand resting on your shoulder.

Some say his hand is just the warmth of the sun. Some say that the bushes just bend to the wind and people see the shapes they look for. But no one can explain away the footprints, clear and high-arched like a prince used to walking on only air.

I don't say that he's sat beside me as a warm breeze and puddle of seawater, whispering to me in the voice of the ocean. I don't say that he told me about his faraway kingdom. I tell no one about the delicate golden circlet he wore as a crown that sunk to the bottom of the sea.

He told me about the rocks in his mouth that had caused him to sink when he spoke, when every word was a millstone. He whispered of the fish that bit through his skin, that feasted on flesh, that flitted between ribs.

He told me about the moans of the ocean, its song, how it longs to devour the beach but settles for lapping kisses. 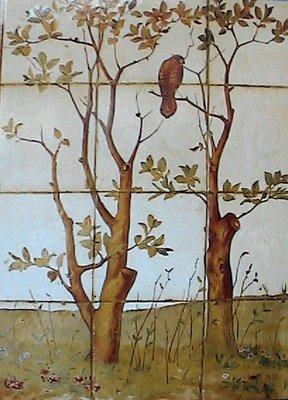 
Hi Fortis, I really liked how you blended mediums in this piece which added to the overall ambiguous nature of the piece. Moving from poem to what reads as written thought helps create a new layer of depth and allows the reader to no to be completely lost as to your meaning. The poem without background could be seen as nonsensical so the added lines at the end help blend it all together.
My favorite lines wherein the final two paragraphs, the description of the ocean was particularly eye-catching.


Hi/ Namaste
At first when I read it, it seemed hard for me to figure that this is a short story or your own thoughts on a redimate fairytale.
So for a moment I decided to not leave my thoughts on the comment section. But later as I scrolled I cane back to this page and decided to write my thoughts.

For the short poem you have presented in the beginning I really amazing and intresting in a huge way, I really enjoyed reading it. The flow of rhyme is really beautiful.
I like poems writen in a rhythemic tone more than others, but for the most of the time I just found poems without a rhyme here. But when I read your lines they seemed really intresting and beautiful.

Than the paras you have written in the form of a story, I'm not a professional and even on a lower stage as compared to yours but still I want to say that it was really beautiful.
I have personally save this page in bookmark beacause I want to keep reading those lines again and agin because for me they were really amazing.
I really liked your work and hope for more in future.
Dhanyavad

Every generation laughs at the old fashions, but follows religiously the new.
— Henry David Thoreau