Yeah, he definitely had a lot of extra energy from the new people! There’s also the fact that he hasn’t slept much in the past few days, which can definitely lead to some crazy energy XD
And when the day shifts to night,
The wild wolf calls to me,
And I am not afraid.
I fear the darkness far more than I fear his claws

I made a thing c: 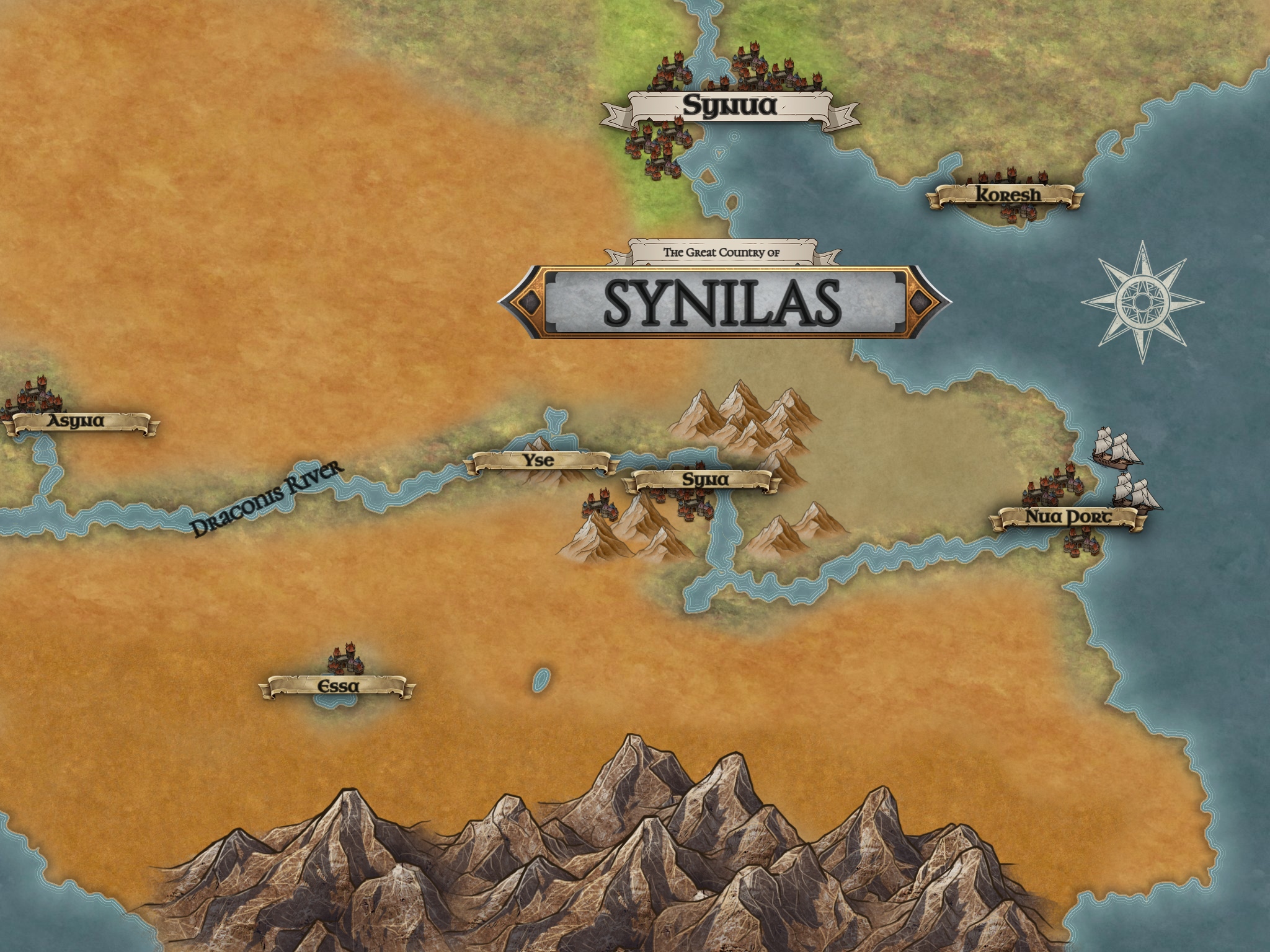 As we march towards our goal for NaNo, I have been thinking about the future of Aether's Heart quite a bit! My goal is to finish Aether's Heart, and ever since we finished Part 1 with Nua Port and especially since we introduced Spider. I feel reinvigorated and that we're closer to the path to the finish now more than ever. So, I have decided that we're going to have a session extravaganza! This session will include major plot reveals, brainstorming, character building, & worldbuilding!

My goal is to get us all on the same page for Aether's Heart's future. That means I'm going to reveal almost all plot points until the end, so you understand my overarching plans for Aether's Heart, right up until the end. I also want to explore more of our next locations, Koresh and Synua, as well as building those locations into cities of massive caliber, almost like their own personalities.

As we come closer to December, I'll start setting up a date and time for us to do this, but for now, I have homework for you all to prep for this session.

Between now and the session, I want you to explore your character's backstories.

We haven't seen much of our characters' pasts besides Paimon, so there's a lot of room to explore everyone's backstory. Whatever ideas you may have, let's bring them to the table.

Also, I want you to develop a potential arc for your character for the upcoming part.

This is an outlet for character development. This is a way to further your character. By bringing this to the session, we can fit your characters' arcs into the major story. And, if you have any questions, or want help, we are all always able to help and collab, either here or in the discord.

In the meantime, I can't wait to see what we all are writing for NaNo

There is now a doodle poll in the discord for the brainstorming session! Please head over to the discord and put the times you would be able and willing to do this

I expect it to last an hour but it might last longer, so just letting you all know!
This account proudly supports lgbtq* rights.
sass levels loading

I have heard many good things about Aether's Heart >.> (*cough cough* Omni, winter, sound :p) so I will read this/attempt to read this! XD

Saving a spot for reactions~

Journey to the edge of the world, beneath stone and sand and magic, to find Aether's Heart.

The Forsaken - A homeless, wandering paladin who is respected by nobody.

And now, because Wist has gotten me in the habit of looking up the meanings of names:
Synilas - I... am not getting many search results other than senile, which I doubt is the meaning. >.>
Aether - the fifth element, a flammable liquid, or the clear sky
Railyn Yora - Eyy, it's Railyn!! =D Google is conflicted on the meaning, though-- "beautiful light," "wise protector," or "an ewe?" >.> Yora means to teach, apparently.
Belxibis - I can't find a meaning for this one, other than it's a tiefling name xD
Paimon Fel - hmm... Paimon and Aether... but this was created before Genshin Impact came out xD Anyways, seems like Paimon was one of the Kings of Hell and a spirit named in early grimoires, ooh. Fel means wrongly or erroneously.
Spider Monkey - A species of monkey that lives in tropical forests. Long limbs and tails, intelligent.
Tyri Vidal - From Old Norse, meaning "thunder fighter" or "Thor's warrior." Ooh, dramatic! Vidal - "life, vital."
Elidyr Adonis - Elidyr - "brass, bronze" (of Welsh origin). Adonis - "a very handsome young man," a youth loved by Aphrodite in Greek mythology, killed by a wild boar.

He still hadn’t gotten used to the new Hextech machines that came from Synua to dig even deeper into the Draconis mountains.

I love all these details about technology and the setting :]

As she walked, she awakened her Primal Sense

The tolling of distant bells

Where are these mysterious bell sounds coming from, hmm?

He wanted to catch [the frog].

...that was unexpected. xD It seems like Belxibis has some kind of connection with animals, though...? Like singing with the bugs? Hmmm.

Wait but Lilith noticed something... what did they change into?? 0.0

“Hm.” Paimon folded her arms and pretended not to hear.

Something feels very fishy about Paimon. xD She wouldn't have anything to do with that bluecough, now would she? >.>

Paimon shrugged. “Yeah, and I made good bank. Thank you for the tip.”

Oh, so maybe Paimon didn't cause the bluecough, but she's profiting off of it... Somewhere in the middle, then. xD

Railyn
Ooh fun action scene running from the Baron Guards... And the line "You are all part of a prophecy"-- I can only imagine everyone's faces at that. xD Also! Dragon!! 0.0

Elidyr
I love Lady already. :3 (Like, telekinetic winged cat!! With a bit of a sassy personality xD)
Oof, healing at the cost of taking some of the pain...

Paimon
Not Paimon just thinking the scrolls and old man were a sunweed hallucination. xD
And aww! I wanna pet Lady too. =P
Barrel buddies, omg. XD
Paimon, Elidyr, and Belxibis: your friendly neighborhood cat rescuers!
Someday I would like to actually hear the beginning and middle of Paimon's stories about Mogul. >.>
Hoarding cures... >:(

Railyn
Railyn freaking out about the dragon and his arms. xD
Ahh the baby dragon's so cute! :3
Using that woman to escape the guards... that was clever. Though what he said about her likely disappearance in the future... Man, this place is cruel. :/
O.O Railyn's discovering his ~powers~ !

good luck :^)
Pants are an illusion. And so is death.

@Spearmint wooooooo welcome! I am looking forward to your reactions of the story

Not snooping random RP's for the DM Dailies..not me...and who said I copy pasted this message

But for now I come to wish good luck with continuing this!
Stay Safe
The Prince of Darkness
Words are powerful. Don't waste them like I just have.
Catchphrase loading. Please Wait...

@Spearmint you know, I was once posting AH parts as lit works, would you be interested in reading it that way? It would give me incentive to start posting those parts again xD

I have contact Aly with no response. I asked sound to reach out as well, but for now I think it's best to assume that we are down a writer for now.

As far as posts go, the next up on the list is Eli, and we have been without an Eli post for awhile @ScarlettFire

There's a Spider post in the outline but unsure of that. @winterwolf0100 we gotta get you back into Spider mode so we can brainstorm spider potential post

Yes we do. I might need some help with that, my brain has been so crowded with so many things it might we hard for me to do something like that alone.
And when the day shifts to night,
The wild wolf calls to me,
And I am not afraid.
I fear the darkness far more than I fear his claws

we could hop in a pad sometime :^) just @ me if I'm around and I can also be a soundboard or just a cheerleader lol
Pants are an illusion. And so is death.

@Omni Ahh reading Aether's Heart has been on my calendar for weeks, but I keep sliding homework and things in front of it xD I kind of like reading it in this format, but if you want to post it as works, feel free!! :]
mint, she/her =D


"Now I realize that there is no righteous path, it’s just people trying to do their best in a world where it is far too easy to do your worst."
— Castiel