1. THIS MONTH IN HISTORY: JULY
2. A LITTLE ABOUT STORYBOOK MONTH
3. COMMENT ON QUOTES
4. CAMP NANOWRIMO IS HERE!
5. SHAMELESS PLUGS
6. SUBSCRIBERS

THIS MONTH IN HISTORY: JULY

Time to hop in the time machine and see what was happening on YWS 2, 5, and 10 years ago! Let's check it out!

Featured Work
In July 2018 there were many great works posted over in the Lit Center, I was reading through the July spotlight and came across a title that I immediately recognized and remembered reading and enjoying. It was a poem partly in binary written by @zaminami. It was posted in January of 2018 but was popular enough to show up in the Literary Spotlight in July. It's two years later and I'm still thinking it's a neat concept.

TWO Review Days
Also noteable about 2018, is the June Review Day was moved to July 1, but the July 29th review day also occurred, so in a rare alignment of the stars and powers there were two review days in the course of this month.

Featured Members
The featured members for July 2015 were @Megrim and @Carlito! You might be familiar with these usernames! Megrim has contributed a lot of really helpful articles to YWS's Knowledge Base, some that authors still regularally reference. A couple favorites are, Verbs are the New Adjectives , and Reviewing writers more skilled than you . Carlito is still very active on the site, so needs little introduction! She's currently got a great resource thread called Ask a therapist and is a big fan of Harry Potter. She's a talented novelist, and has been working on many novel projects, and also one of the few YWS members who has written over 1000 reviews so has made a huge contribution to the site over the years. Both Megrim and Carlito have also spent time as Junior Moderators on YWS!

Christmas in July
YWS's version of "Christmas in July" started in 2013, and has taken place many years since. The premise is people spend many (if not all) of their points on giving gifts to other users! It's such a great generous time! In 2015 the third annual Christmas in July took place 4,750 gifts were given!

Review Day
In July 2015, there was a themed review day ! And the theme was... Avatar! I found this pretty interesting considering how much people are into ATLA in 2020 with its release on Netflix. According to the stats report there were 407 reviews written with the Water Tribe taking home the victory. @AstralHunter typed the most and @Atsmai wrote the most reviews. If you want a throw-back Review Poster from back then, here ya go!

Featured Member:
Back in 2010 Featured Members got a whole month to themselves rather than just a couple weeks, so the featured member for the month of July was @Sins (formerly known as "Skins"). Sins is probably best known for their humor and different novel projects, they have also made a huge impact on the site from reviewing and are ranked #20 on the All Time Leaderboard .

Storybooks
A weird fact about July 2010 in SB world, is that during this month there was actually a point cost to post Storybooks, and in July 2010 it increased from 100 points to 500 points. Can you imagine? This was to try to prevent SBs being posted that were quickly abandoned.

Well that wraps up what I could find from July 2010, 2015, and 2018, I hope you enjoyed this trip down memory lane! If you have memories in your YWS scrapbook from August of any of those years feel free to let me know and it might pop up in the next issue of This Month in History.

A LITTLE ABOUT STORYBOOK MONTH

Or, as some like to label the SB realm, here be pirates galore!

In case you haven’t been online for a few days, July is Storybook Month and has already spurred a few exciting events (and throwbacks to past ones) in only the first week.

Next, here is the link to the official announcement page in The Lounge filled with teasers and information about upcoming events that I hope you will want to be a part of.

One fun one that I've already joined is the Roleplay Duos Contest . The rules are pretty simple: start a thread between yourself and one other writer, and write! More info is found in the link above.

In addition, the SB moderator crew have brought an interesting Captain's Challenge this month found here which grants any writers the opportunity to go back and choose a few past CCs that they may have missed or really liked.

@soundofmind has already hosted one SB Write-In in WFP, so keep an eye out for anymore pads and write-ins coming up in July.

I'm certainly excited to join more events, and I hope this encourages you all to join more SBs, create your own, or some combination.

This is the first article for this column and I’m hoping everyone will enjoy reading others’ thoughts on some quotes.

The main idea of this column is pretty simple. Most likely, I’ll start a tag on my wall (something like #CommentOnThisQuote #CommentOnThisRiddle #CommentOnThisPoem ) and you’ll be able to see all the thoughts that people have shared about quote/riddle/short poems.

For this week, we'll be looking at one of Edgar Allan Poe's quotes:


Never to suffer would never to have been blessed.
— Edgar Allan Poe

@EditorAndPerks said:
Everyone deserves to have actual good moments without bad ones as consequence, though it rarely seems to happen.

@Riellehn said:
Another take on the "There can be no light without dark" or "There can be no joy without suffering." A simple way to explain it is...well, growing up in a wealthy family, and getting woefully ill. You don't understand that in your case, it was treated so well because you had money to spare; so you avoid the suffering of anticipation, or sickness taking over. As a result though, the relief of the blessing that is medication doesn't fully dawn on you; you acknowledge it helped but without getting dragged into the darkest depths you don't understand just how powerful that medication was. Without suffering, you are never blessed, for even the greatest of gifts seem commonplace, and you feel no need to acknowledge them as the blessings they are.

@katteex has a much longer reply but here’s her beginning and conclusion:
From what I understand, one can’t really know what it feels like to be blessed, unless they’ve experienced suffering. In other words, how do you know you’re happy when you’ve never been sad? How can you differentiate the two when you don’t know what one of them means?

~
Edgar Allan Poe’s quote, in my opinion, is trying to find that silver lining. It’s trying to discern the gray area between the black and white. It’s looking for the advantage of placing a "no man's land" or middle ground.

Though the replies are similar, each person has their own representation of the quote and its meaning, as everyone has different opinions and views.

Stay tuned for more commentary on other quotes/riddles/short poems!

Camp NaNoWriMo is amongst us! Several YWSers have committed to their own, preset writing goals for the month of July.

If you don’t know what Camp NaNoWriMo is, it’s an event branched from the “NaNoWriMo” event that happens in November with the goal to write 50,000 words. Unlike NaNoWriMo, however, Camp NaNo occurs both in April and July and (here’s the best part) you can choose your own goal! You can sign up here .

Her WIP is currently titled “A Future Mistake”. She kindly shared with me a short description of her story.


Abigail Strinbrall was living her ordinary 1856 life when everything suddenly changed. After buying a train ticket off a shady seller, Abby magically arrives at New York City's Grand Central Terminal 162 years later. When Ruby Thompson, a history nerd and student at NYU, sees a women violently sobbing in Victorian clothing, she quickly takes her to the hospital and then back home.


Sounds incredibly exciting! You can follow along LZ’s Camp NaNo journey in her Writer’s Corner thread (where she even has a beautiful cover)!

For now, I’ll leave you off with a little snippet from “A Future Mistake” that LZ shared with me and that made me chuckle:


"What in the name of jesu... RUBY!!" Abby said, backed up against the bookshelf. The black rectangle on the wall had suddenly lit up to reveal a yellow sponge flipping burgers.

If you’d like to join in the #CampNaNo fun, it’s not too late! We’re a few days in but you can always set a lower goal for yourself. For those who are participating, don’t forget to share some #20in20 or #CampNaNo updates on the People Tab!

Do you want to discuss poetry?

Join our discussion at the Poetry Readers Club .

Our poem for July is "A Map to the Next World" by Joy Harjo. Hope you check it out!

Need more advertisements in your life?
Or maybe you just want to keep up with the latest events on YWS?

Join the YWS Advertising Post so you don't miss any of the upcoming events and feel free to share your own news too! Want to have fun and exercise your abilities as a poet? Consider joining this challenge. Each round will have a random set of parameters, including things like theme, rhyme scheme, format, etc. There are no eliminations and anyone is free to join or leave at any time. I think everyone will find something exciting for them!

Speak Your Truth, Even If Your Voice Shakes.

submit your piece to Survivor Magazine.

Survivor, previously known as Queer as in F*** You, is a digitally and physically produced zine featuring multiple creators per volume, centering on all things feminist, queer, punk, social justice, activist, and sex positive. It is edited by Oliver Kamber (@Bullet), and E.M Anderson (@BluesClues).

Check out submission guidelines here and email your submission to survivorzine.submissions@gmail.com..........!

Welcome to the Universe

Do you want to participate in a universe with other YWSers? Would you like to create a diverse universe and mold it as you write? Do you want to write a deep story in an interconnected universe? Do you like writing with others, or just worldbuild for stories? Young Writers Universe is always open and inviting! 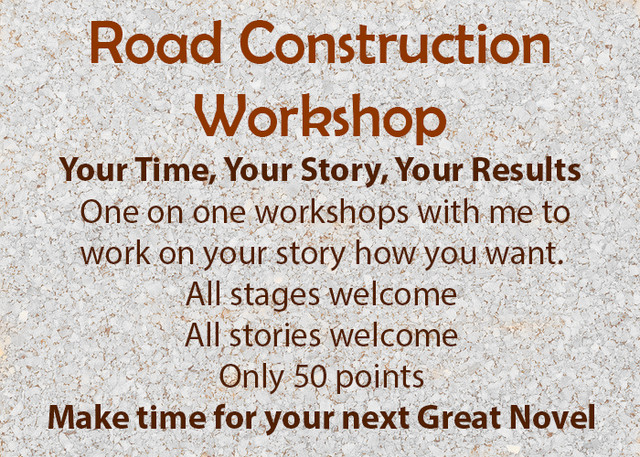 
Overripe sushi, The master Is full of regret.
— Buson