Thanks Dreamy
I spy!

Name: Nerezza Adrien
Age: 888, but appears to be mid-twenties
Gender: Female
Appearance: Slim and athletic build, very deep black eyes.Very pale complexion. It is said that looking at them for too long will hypnotize you. She has long black hair. She usually wears a black Gothic gown.As she is a dark Fae, she has dark wings and her eyes have no pupil.
Picture:
Spoiler! :
[url]

[/url]
Species: Faerie
Status: Dark Magician
Magic: Powerful spell casting, especially skilled at bending people to her will, as well as normal dark Fae magic like shadow manipulation and flying.
History: Nerezza was born and raised dark, fed by stories of power and greed. Her parents encouraged her to do whatever she wanted in the name of power, and she devoted her self to getting more and more of it. Murder, betrayal- she's seen it all. It's what makes her happy, knowing that others suffer. She recently released the Kraken as part of her plan to take over the Fae.
Likes/Dislikes: She hates all other races and considers them inferior. She hates the sunlight, although she likes fire and danger. She likes iron, and has built up a resistance to it. When she was young, she would touch it for a bit longer everyday until she could hold it with only minor discomfort. She loves power and death.
Strengths/Weaknesses: She is very powerful in magic, but her flaws lie there as well. She is obsessed with gaining power and eliminating all other species, so she has only enemies. She also is insane, occasionally losing all grip on reality.
Up for love:no, although most men who see her wish she was.
Other: She does not need an object to channel her energy, but uses a wand of obsidian anyway. It took her years to get it smooth enough to touch with out cutting yourself.
Honey, you should see me in a crown.

Okay great! All places are filled, and I think it's about time we started this thing...I just need to write up the first post, and well "Storm Hawks" is on soon and I have to English Assignment due, so it will be soon. I Promise. Oh, and we need Kara to post her profile.
I spy!

Appearance: Starla is icily beautiful with very pale blond hair and icy blue eyes. She's tall and slender at 5"8 and 120 lbs. Her wings are silvery and shimmer in any kind of light. They have powder blue swirls on them and are mesmerizing to people who haven't seen them before.

Picture: More than one pic.
Spoiler! : 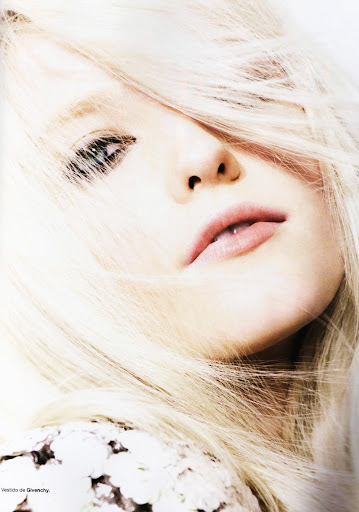 Magic: Starla controls, naturally, water and its sister element, ice. She can swim and fly, as well as use the water in your body to force you to move the way she wants you to. She is, however, weakened in hot places.

History: Starla was once one of the nobles of the Faerie kingdom. Everyone fawned over her and the king and queen adored her. The kingdom's beautiful diamond.

But Starla wanted power and the one prince who did not love her. As a good friend of the princesses she often saw Est and eventually fell for him. But Est never saw her as anything more than another one of his sister's friends and it broke her heart so.

Starla knew the first prince adored her but she also knew he was not likely to succeed the throne, as little Est was much more talented than the first - or the second - prince. So she spurred the first prince and, until her trial, never talked to him.

Not long afterwards her parents and the king had a fall-out. Starla, appointed high faerie by the monarchs themselves, was ripped away from her family. She never saw them again and, though she never told the king, missed them very much.

The years passed. The kingdom became paranoid from the recent betrayal of one of the king's most trusted men.

It was then that a princess read Starla's diary entry about her unrequited love for Est. The bit of gossip was passed around and soon everything was blown out of proportion. When the rumor reached the king, it had been severely distorted - in it, Starla wanted to marry the first prince and she planned to kill the ruling monarchs once she was married.

After a speedy and unfair trial Starla was banished, broken-hearted and confused. Est did nothing to protect her and none of the princesses - not even the one who found her diary - spoke up for her. She lived out her days alone with darker creatures. The dark creatures of the forest came to fear her, then respect her, and finally loved her. Eventually, a magician told her about the Krakken.

And who could refuse control over a beast that could grant her the revenge she so rightfully deserved?

Likes: Starla adores creatures of all sorts and would do her best not to hurt innocents. She particularly sympathizes with young women suffering from unrequited love, as she knows how it feels to be rejected. She adores children since they remind her of her younger sister who she was taken away from. She doesn't harm any poor family or middle-class ones. Often stands up for the underdog. She still harbors feelings for Est despite everything since she believes he was brainwashed. She adores bodies of water, glaciers and is particularly taken with snow. Also has a sweet tooth and adores silver.

Dislikes: She hates faeries in general but she doesn't harm them, she only ignores them. She despises the princesses and the king with all her heart and loathes rumors. She does not want to hear anything unless there is proof thereof. She cannot stand seeing children being hurt and broken families, especially divorced ones. She is strongly against legal separation, divorce and siblings who bicker. Starla also tries her best to avoid hot/dry temperatures. Dislikes sour things.

Strengths: She is very good around water and humid areas, as she can manipulate these things. When the moon is high she can be very powerful and will be able to control more than just one person at a time. She is beloved by the dark creatures and they will protect her at all costs. She particularly loves the Krakken because she believes it is, like her, misunderstood. She can fly high and fast.

Weaknesses: USELESS in the desert unless there is a source of water/people around. She cannot control the direction of her flight either and is very prone to crashing into things. She cannot run fast on legs and is very weak physically. She is frail and is easily wounded and her bones are pretty brittle. She is also very insistent on seeing proof before actually believing something and this is often a great source of trouble. She is also very hellbent on revenge and this can sometimes cloud her logic. She's impulsive when she lets her emotions get the better of her and she still cannot overcome her feelings for Est, although she is dead set on murdering Est's sisters and his parents. (She has nothing against his brothers, though.)

Other: She has funds because creatures often steal things/find things around the forest for her. She does not know where they come from but she chides them whenever she finds out they steal these things. She uses a staff with a gorgeous diamond in it. It amplifies her powers and she uses it in desperate situations, as the diamond is supremely sharp. She stabs people with it when she's desperate. She's attracted to shiny objects.

She's still referred to as Nyron's Beautiful Diamond, although it's mocking and derisive now.
"The moral of this story, is that if I cause a stranger to choke to death for my amusement, what do you think I’ll do to you if you don’t tell me who ordered you to kill Colosimo?“

Love, get out of my way.

The first post has been posted! So if you have any ideas, or questions just ask?

It's stated in my history that everyone thinks Starla is after the first prince because naturally, he'll be the one to get the crown first.

So why does Est's brother refer to Starla as Est's deranged lover? 0o
"The moral of this story, is that if I cause a stranger to choke to death for my amusement, what do you think I’ll do to you if you don’t tell me who ordered you to kill Colosimo?“

Love, get out of my way.

Hehehehe........I don't like sticky situations. Ah you're right, Starla does want the prince because of the throne thing, and well...*Hides under blankets, and squeals*
I spy!

D: Oh, I'm sorry about that! I'll fix that. Sorryyy. I wondered about that earlier, because he's the Third Prince and not really important, but hey, maybe his good looks attracted that much attention to make Starla like him. ;D Est says the Crown Prince (his oldest brother) is boring and not nearly as good looking as him.


"I love you as certain dark things are to be loved, in secret, between the shadow and the soul."
— Pablo Neruda