The time is awesome! The characters are awesome! The post was awesome!
Hi, the name is Jasmine, but you can call me Jaz! Nice to meet you

OKAY SO
I FINISHED IT


And if any of you want to use headshots to edit into your CP's here's cropped and sized down versions that should hopefully work! 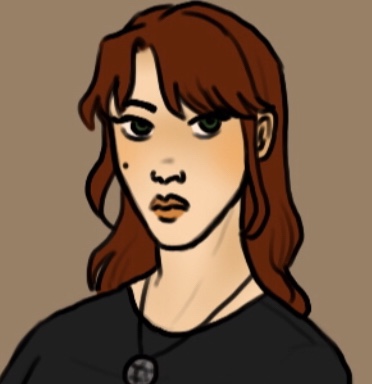 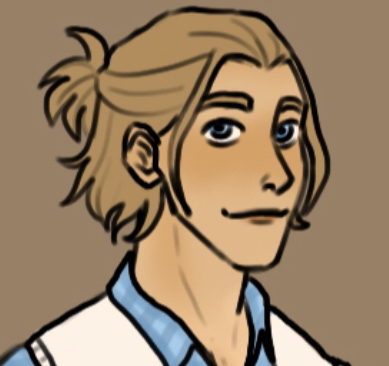 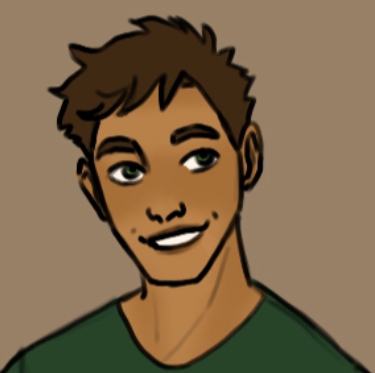 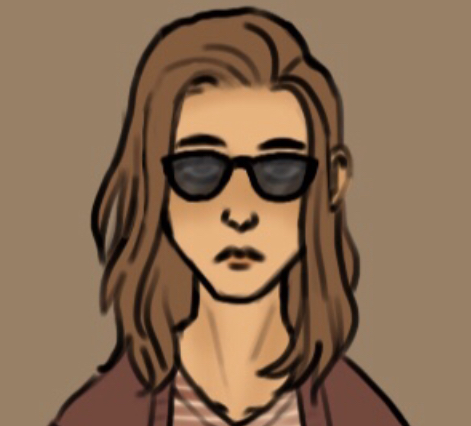 Also updated my CP with a Bo closeup

Also I really do keep spamming the DT I'm sorry -random thought. I wonder - if they're seen by townsfolk - if the guys would be asked why they weren't drafted/how they dodged the draft, since this is during WW2.

I'm far from a history buff and I would really need to research/brush up on stuff, but I already figure most of our guys will stick out like sore thumbs how they are now. They'll probably want to look for a change of clothes...

Since they're learning the time period in the house, depending on how in-denial everyone is, they might want to see if there's clothes they can steal borrow so they don't stick out as much. I figure Bo will stick out no matter what, and I don't know about Magnolia's walking stick - I can't see it being a huge problem but I imagine it looks more modern, lol.

I'm just laughing because Bo rlly out here with NIKES and his EARS PIERCED not me forgetting to put all these details in his CP? what? no not me and he's just gigantic. He also has dragon tats up his arms that I completely forgot to mention. But those are covered anyways. ANYWAYS HE JUST does not look like he belongs on a 1940s farm at all. And I can't imagine he will find any clothes in the farmhouse that would fit his frame, lol.
link to listen to my music

OH. MY. GOD. They look INCREDIBLE!! I hope you don't mind but I may use Adeline as my avatar for a bit.

Also, yeah, people would assume they were draft dodgers because once soldiers were over in Europe and Asia (according to my dad) they stayed there indefinitely. BUT (yes, there are two buts) pilots and people in the airforce could complete 25 tours (or successful missions), but those were extremely rare.

BUTTT the Navy, on the other hand, did allow leave occasionally if their ship was docked in the US for a while. idk if that would be reasonable because they're in Oklahoma though.

and yeahh I was thinking they'd steal clothes too. But even with the new clothes Bo would definitely stick out like a sore thumb xD. And Magnolia and Adeline with their hair not looking like it would would be a bit out of place.

The pictures are amazing, soundofmind!!! You really did Liam well!!
Hi, the name is Jasmine, but you can call me Jaz! Nice to meet you

Sorry! Took me longer than I thought to get around to it. Have posted now.
We were born to be amazing.

It was awesome, @Tenyo!
"Yes, of course duct tape works in a near-vacuum. Duct tape works anywhere.
Duct tape is magic and should be worshiped."
- Mark Watney, The Martian (book)

Yessss Tenyo I loved how Levi found the little toy plane, and I loved reading his inner thoughts! Good post!!

I'll work on getting mine done ASAP, hopefully I'll get it to ya w/in the next 10/12 hours lol.

Also to confirm! I sounds like everyone but Jasmine can make it to the time tomorrow, which is:

So let's plan on meeting then!

I also want to be inclusive for Jasime though! So whoever can make: sound off! I could try to wake up really early for that, I might just be very brain dead lol.
link to listen to my music

Yup! I can totally make tomorrow and then most likely (like 95% chance) I can make the one on the 30th!
"Yes, of course duct tape works in a near-vacuum. Duct tape works anywhere.
Duct tape is magic and should be worshiped."
- Mark Watney, The Martian (book)

So. The first date is better for me even if it is midnight. Something came up at on the 30th and I'll end up awake today. So.
Hi, the name is Jasmine, but you can call me Jaz! Nice to meet you

Aaah, I'm sorry it'll be a late day for you Jasmine, but I'm so happy you can come!

ALSO! I got my post up! It... turned out being really long so SORRY but hopefully I covered everything that needed to get covered so we can all collaborate on posts tomorrow! Now they all just need to get changed and in the car, heading into town!

And Levi needs to hear the bad news - I went by the assumption that he couldn't hear Adeline since he's out in the backyard?

AS USUAL: Let me know if you want me to change anything for your characters! Or even for the plot! Hopefully this works okay - let me know! I don't mind doing little tweaks at all!
link to listen to my music

I Loved your post soundofmind!
Hi, the name is Jasmine, but you can call me Jaz! Nice to meet you

Also, should I write next or wait for the wfp post?
Hi, the name is Jasmine, but you can call me Jaz! Nice to meet you


The most important service rendered by the press and the magazines is that of educating people to approach printed matter with distrust.
— Samuel Butler