The "Royalty" Rendezvous
By @Liberty and @LZPianogirl 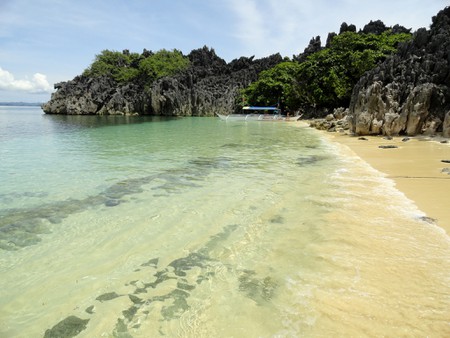 The Sequel To The Celebrity Conundrum

After solving the mystery of Charles Emmett's kidnapping, Alex and Avery return home to Canada. Despite hardly having the vacation they planned, they must return to university and continue on with their studies.

One day their Genetics Professor offers them a chance to study abroad in South Africa. Even though they would be studying, it would be an even better vacation than what they had originally planned for New York. Alex and Avery jump on the opportunity and are soon on their way to Cape Town.

But what if Alex and Avery discover some old family secrets that could potentially alter their lives forever?

It was Saturday afternoon in September when Alex and Avery met up in the coffee shop close to their university dorms. Classes in the first week of school was hard, and the two decided that they definitely needed a break.

They were sitting in their favorite corner of the cafe with their cappuccino, croissant, coffee and doughnut.

Avery leaned back into his chair. "Sorry I got a bit late," he said. "I had to pick up Izzy from her dance class but she got late." He smirked, shaking his head, and took another sip from his coffee. "How are Sam and Isaac?" he asked, looking at Alex.
dread
/dred/ noun
that moment when you play a prank on your frister and she reacts badly and you're afraid your fristership is over

"It's fine, you weren't to late," Alex replied, "They're great! Samuel just found a job he might be interested in, so that's good. And Isaacs just boring ol' Isaac."

Alex paused a moment to take a bite from her croissant, "So, what have you been up to recently?"
"How do I feel? I feel like a baked potato."
- Gale Hanson, 1988

Avery laughed. "As if you don't know." After a pause he continued. "Remember the essay that Professor Idris gave us?" Avery shook his head. "I'm still stuck on it. That essay isn't even humanely possible!" he exclaimed, throwing one arm up. "Have you finished it? Stuff about politics."
dread
/dred/ noun
that moment when you play a prank on your frister and she reacts badly and you're afraid your fristership is over

Alex chucked, “Yeah, I finished it yesterday. It was pretty tough, Isaac had to help me on some parts.”

Alex took a sip of her drink before continuing, “Have you heard anything from Professor Schupbach? About that studying abroad?
"How do I feel? I feel like a baked potato."
- Gale Hanson, 1988

"Not yet but we should get an email sometime today," Avery explained. He finished up the rest of his coffee. He sighed and looked up at the ceiling. "Ah, I wonder what South Africa is going to be like. Have you been there before?"
dread
/dred/ noun
that moment when you play a prank on your frister and she reacts badly and you're afraid your fristership is over

“No, but I’ve been doing some research on it,” Alex said, “The beach looks amazing, as do the hiking trails. Hopefully we get some time to enjoy it when we’re not in school.”

Alex briefly stood and threw her cup away, before sitting back down.
"How do I feel? I feel like a baked potato."
- Gale Hanson, 1988

Avery hoped so and wanted to say more stuff about how much they would enjoy Cape Town but he didn't want to jinx it.

In the summer, they had went to New York City for vacation and spent a couple of days solving the Charles Emmett - a famous singer - mystery. It felt like a whole month that they had stayed there but it had been only two weeks.

And now they were travelling together again, for the second time in their lives. Who knew what was to come?

Avery threw his coffee cup away as well and picked at some of the leftover doughnut crumbs on his plate.

Right then, both Alex and Avery's phones pinged at the same time.
dread
/dred/ noun
that moment when you play a prank on your frister and she reacts badly and you're afraid your fristership is over

Alex picked up her phone and looked at the screen. It was an email titled "South African Study Trip" from Professor Schupbach, their Genetics teacher. Alex eagerly opened Gmail and tapped on the message. It was sent to both of them.

Congratulations! You have been accepted into Laval University's Genetics Trip abroad. As you have already chosen to study in Cape Town, South Africa, and to study Ms. Leifsson's geneology, you are ahead of the rest of your class and can depart as early as November 27.

Assuming you have already booked your flights and accomedation, report back to Professor Schupbach immediatly and you will be sent a list of classwork and instructions you will need to complete while abroad.

Avery looked up from the email he got. "Yeah, I saw," he said, grinning even wider.

He looked slightly confused only because he hadn't expected them to be accepted. Not all the students in their class were going to be accepted of course - only three of the groups out of twelve. That meant that there was a twenty five percent chance that he would have gotten in.

He held up his hand in a fist and Alex bumped it, laughing. "Want to report back to Schupbach or should I?" Avery asked.
dread
/dred/ noun
that moment when you play a prank on your frister and she reacts badly and you're afraid your fristership is over

"I guess I can," Alex said, opening a blank email draft. She selected Prof. Schubach's email and began typing.

Avery and I are very excited for the Genetics trip and are already ready to depart to South Africa on November 27th. We are fully prepared to reside in Cape Town during December and await your instructions eagerly!

Avery looked over the table at Alex's phone. She showed him the email. He grinned. "Cape Town, here we come!" he exclaimed.

A couple of people in the coffee shop looked at him. Avery widened his eyes a bit and flushed. "Sorry," he muttered.

He looked down at his phone to check the date again. "Gosh, we still have another -" He counted in his head. "- Two and an half months but I want to go pack stuff up." He laughed.
dread
/dred/ noun
that moment when you play a prank on your frister and she reacts badly and you're afraid your fristership is over

"Yeah, I should go as well," Avery said, getting up. He grabbed his phone, tucked it into his back pocket and followed Alex out of the coffee shop.

Alex and Avery's cars were both on the same row of parking space. They chatted a bit on their way to their respective cars. Soon, both of them parted and left to go home and tell their family about the good news.
dread
/dred/ noun
that moment when you play a prank on your frister and she reacts badly and you're afraid your fristership is over

Alex looked at the clock and immediately slammed her hand down on the "off" button. It was already 9 o'clock and Avery and her flight was at 11. Alex swiftly got out of bed and changed into some leggings and a t-shirt before exiting the room.

"Hey, Alex!" Samuel exclaimed as she entered the living room, "You're up early."

"Actually, I'm up late. I have an 11 o'clock flight to catch!" Alex said as she grabbed a banana and coffee and sat down to eat.

"Is it already your South African trip?" Isaac said, "I thought that was next month."

"It ends next month, it starts as soon as I get to the airport," Alex explained, "And I better leave quickly if I want to get there in time."

"Why? You have two hours," Samuel asked, taking her banana peel and throwing it away. Alex didn't respond as she finished off her coffee and put the cup in the sink. Samuel asked a second time.

"I have to pick up Avery," Alex approached the front door and grabbed her suitcase, "I promised to drive to the airport this time." Alex opened the door, but Isaac stopped her.

"You can't leave without saying goodbye!" Isaac said. Alex obliged and gave both of her dad hugs and said goodbye before leaving the apartment. She exited the complex and started her car, before driving off to pick up Avery.
"How do I feel? I feel like a baked potato."
- Gale Hanson, 1988

For beautiful eyes, look for the good in others; for beautiful lips, speak only words of kindness; and for poise, walk with the knowledge that you are never alone.
— Audrey Hepburn