A Hunter and Some God 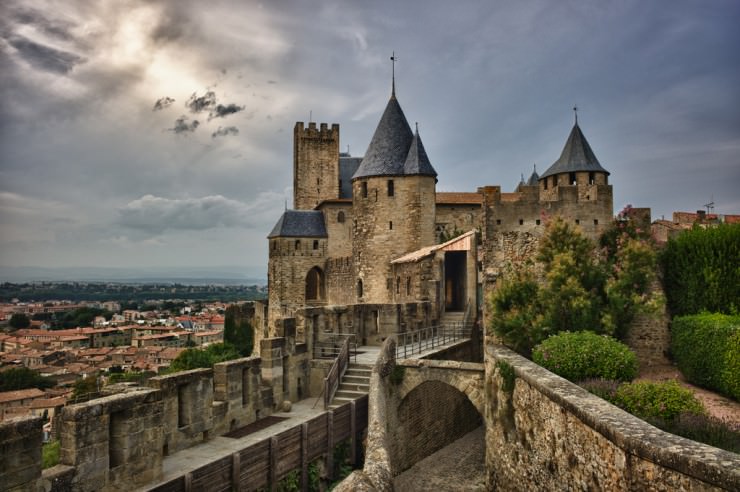 A reward, for his service to the crown. Or rather, his best friend.

He'd done some tracking outside of the city walls and taken care of some wandering pests. Just a few magical monsters with no business being that close to humanfolk and all.

With a spring in his step, he hurried ahead, his eyes set on the tall white-painted building with a large sign reading "Shallow's Inn." He planned on hitting the tavern built in the lower half and trying his hand at a little gambling. He always enjoyed betting games that relied on lying... he wasn't always good at it of course, but it was better than sitting bored at Carter's pad doing paperwork or whatever else Carter had to do at the end of the day.
I am a super duper pooper! : )

The air felt cool and refreshing as he walked through the unfamiliar woods. He was trying to figure out how far away he was from the next town - the map said it wasn't too far away, but the map also hadn't been as helpful as he had wanted it to be. He came to a stop underneath a tall oak tree and stared at the drawings on the map from behind his sunglasses.

Then he let out a sigh, because he wasn't understanding any of it.

He lowered the map.

He started to fold it up, mind on his quest.

But his quest was forgotten the moment a strong gust of wind came barrelling into him, accompanied by suddenly muggy air and the chatter of people. He blinked, the world coming back into focus around him.

He wasn't in the woods anymore.

He was in a city.

He hadn't ever been to one before, but he knew what they were. He felt a sinking feeling in his gut - there was no city near where he was. Where was he, and how had he gotten here?

Biting his lip, he surveyed the street. There was an inn on the other side of the road - maybe he could ask for information there? He could blame suddenly ending up here on a witch, or maybe even the other gods. They wouldn't mind, would they?

He shook the thought away. He would think of something else. It wasn't fair to blame any of them - if worse came to worst, he would just tell the truth.

He nodded to himself.

That was a good plan!

Filled with determination, he headed towards the inn - not noticing the looks that people gave him - and slipped inside its doors.
stop trying.
take long walks. look at scenery. doze off at noon.
don’t even think about flying.
and then, pretty soon,
you’ll be flying again.

Alex's steps faltered when a strange figure stepped out into the street just ahead of him. It was a man in grey uniform - though not one from any kingdom or guild he recognized. He also had tinted spectacles on, which immediately piqued Alex's interest because he'd never seen something like that before.

He hurried his pace slightly, eyes searching the figure and landing on all of the odd additions to his attire: a ponytail, a golden amulet with a gem, and a golden sword in a shieth at his side. All he could think of as he gazed at the man was that his outfit screamed money, and adventurer, or mercenary, or some wealthy noble who came out of nowhere.

His footsteps hurried into the inn right behind him. His boots trailed onto the patterned rug that trailed from one end of the room to the front desk, but he didn't travel that far. The inn's front room wasn't crowded, but bustling enough that their entrance wasn't noted, and he was interested in figuring out who this guy was.

He tapped the man's shoulder. "Hello there stranger, are you new in town?" he asked.
I am a super duper pooper! : )

He froze the moment he felt someone tap his shoulder - a jolt of quick, terrible fear rushing throughout him when he realized he must have done something to draw attention to himself. He slowly turned to look back at the man behind him.

The man was taller than him, and looked older, too. Age wasn't much to go off of with gods, but he currently look his age: a teenager in his middle to late teens. The man was definitely older than he was.

"I-I am," he managed to get out. He was glad his eyes were hidden behind his sunglasses - they were wide with nervousness and worry.
stop trying.
take long walks. look at scenery. doze off at noon.
don’t even think about flying.
and then, pretty soon,
you’ll be flying again.

Alexander's eyebrows shot up when he saw how young the guy was. A teenager, really, dressed in gaudy clothing with gaudy weapons and eyewear. Interesting.

He smiled charmingly and patted the kid's shoulder. "Hey, no worries, just haven't seen you around before. The name's Alex." He gestured toward himself with a twirling hand. "What's yours?"
I am a super duper pooper! : )

His posture relaxed. Alex seemed nice. He didn't know anything about him other than his name, but that name was all he needed to not feel as worried about him.

"I'm Sky," he shyly said, shaking the extended hand. There was a little hesitation between the two words, but he hoped it wasn't noticeable. He straightened a little and gave him a smile.
stop trying.
take long walks. look at scenery. doze off at noon.
don’t even think about flying.
and then, pretty soon,
you’ll be flying again.

Alexander's smile grew and he shook Sky's hand firmly, giving him a nod of assurance. His eyes kept jumping from the shiny gold amulet, to the sword, but he tried to draw them back to Sky's face.

"So what are you around here for, then? Someone of the looks of you looks like you should be... I don't know, interacting with more high society folks than the likes of what's around here." He laughed, like he'd made a joke. He gave Sky's shulder a pat. "But it looks like you're more into adventure. Unless you just like carrying around swords for show."
I am a super duper pooper! : )

He glanced down at his outfit, then back up at the people around him. He had been so worried about suddenly being brought here that he hadn't even noticed how different he looked from the rest of them - the realization made his cheeks grow warm.

Hoping that no one else had noticed him, he fumbled for his amulet. His hands were shaking just a little, but he managed to slide it off without moving his sunglasses. He quickly shoved it into his pocket - it would be too hard putting it into his bag.

"I'm, uh, not that much into adventure..." he admitted. He rubbed the back of his neck with one hand. "It just helps to have one when I'm traveling, and that's the only one that I have..."

"...And I'm, um, not really sure how I got here..." he admitted. "I wasn't here before - I was in the middle of a forest. I...I know that sounds crazy, but I don't even know where here is..."
stop trying.
take long walks. look at scenery. doze off at noon.
don’t even think about flying.
and then, pretty soon,
you’ll be flying again.

Oh dear. This poor child was lost. Alexander stared down at the bow, his mind beginning to race. Who was he supposed to contact in this sort of situation? Who could he ask that would know where this kids' parents were, if he even had any? Did the kid have a really bad case of memory loss? Trauma? He might've just stumbled into a very complicated situation that he was not at all prepared to handle.

So he put on his best confident smile and patted the young kid's shoulder.

"Well, you're in the Moonlight Kingdom, young man. It's a good thing you found your way to the city. It can be pretty dangerous out there in the forest if you're traveling alone and off-path."
I am a super duper pooper! : )

...He hadn't heard of the Moonlight Kingdom before.

"Have other people suddenly ended up here in the past, too?" he hesitantly asked.
stop trying.
take long walks. look at scenery. doze off at noon.
don’t even think about flying.
and then, pretty soon,
you’ll be flying again.

"Uh... I don't think so," he said, only briefly dropping his confident smile. "It's not a regular occurence. Come to think of it, I can't think of anyone else with a similar story besides you, but I'm sure we can get you back to your friends or family, if you're lost."
I am a super duper pooper! : )

Gods didn't have friends or family.

Not in a traditional way, at least. Finix and Igna were almost family, but not in the same way that most people had families - they were all gods, but they didn't share any blood relation. Finix and Igna just existed together, and he...

But he was supposed to be Sky now, and Sky was supposed to have a family. Because that was what all mobs had - probably even them - and he didn't want to see like anything else. He couldn't just show Alex his eyes and say he was a god. He didn't even know what he was the god of!

Torn by his internal dilemma, he didn't offer Alex a response for nearly a minute. He just stood there and looked as lost and confused as he felt, desperately trying to understand what exactly he should be doing right now.

"...I don't have any friends or family to go to."
stop trying.
take long walks. look at scenery. doze off at noon.
don’t even think about flying.
and then, pretty soon,
you’ll be flying again.

The pause made Alexander nervous, but after hearing Sky's answer, he could understand the hesitation.

Okay. So Sky was an orphan. Alexander could deal with that, right? Just... get the kid back to his home. He seemed old enough to have a home, or a place he was staying, right? With the costly things he was carrying on him, surely he was well off, even if he seemed like a nervous, lost kid.

"Do you have a home?" he asked. "Do you know where that is? Maybe we can look at a map and figure out how far you've wandered."
I am a super duper pooper! : )

He shook his head.

"I, um..." He faltered again, shifting uncomfortable as he tried to ignore Alex's strained smile. "I travel. I don't really have a specific home."

He took a deep breath and looked back at Alex.

"...The gods actually want me to complete a quest," he finally said, leaving out the reason why they wanted him to do that and that he was actually one of them. "So I have to travel."
stop trying.
take long walks. look at scenery. doze off at noon.
don’t even think about flying.
and then, pretty soon,
you’ll be flying again.

Alexander's eyes widened as he looked down at the boy.

"The... gods?" he repeated, his words coming out as awe-struck and confused as they were when he thought them. He suddenly leaned down closer, his voice hushed.