Welcome to the Young Writers Universe

The Young Writers Universe, alternatively called YWU or The Universe, is an experimental collaborative universe where YWSers (that's you!) build, craft, and write in a universe together. Your stories can intertwine, affect the world, and affect other stories.

What can I write within YWU?

Right now, the genres are limited to mostly fantasy, medieval, and steampunk, as the Universe is new and freshly formed. Much of the world is left unexplored and unwritten. Depending on how much the universe expands in the first few months, new parts of the Universe might be explored faster than others.

As for the stories themselves, you can start a solo story and publish it, post it in The Writer's Corner, in the club (explained below!), or start a Storybook for you and others to write in together!

What can I do in YWU?

In YWU, there are two major aspects that you can do: Lorekeeping and Writing.

With Lorekeeping, you add lore to the story, expand on the world, and help update the weekly store updates. There are Three Tiers to Lorekeeping, and each Tier helps with larger aspects of the world. Right now, everyone who is writing/interested in lorekeeping starts at Tier 1.

The other one is simply writing! We're all writers, after all, and you'll work closely with lorekeepers to keep your story updated within the universe overall.

When can I start writing?

Right now, the official launch of YWU is July 1st!

What can I do in the meantime?

There will be a lot more information regarding The Universe in the upcoming weeks, with the most of it on July 1st. In the meantime, we have an official Club. Join, introduce yourself, and we'll share more information before July in the club first! 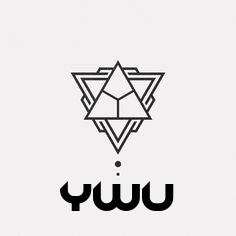 Hi! How do we start writing in The Universe?


Of those who say nothing, few are silent.
— Thomas Neill