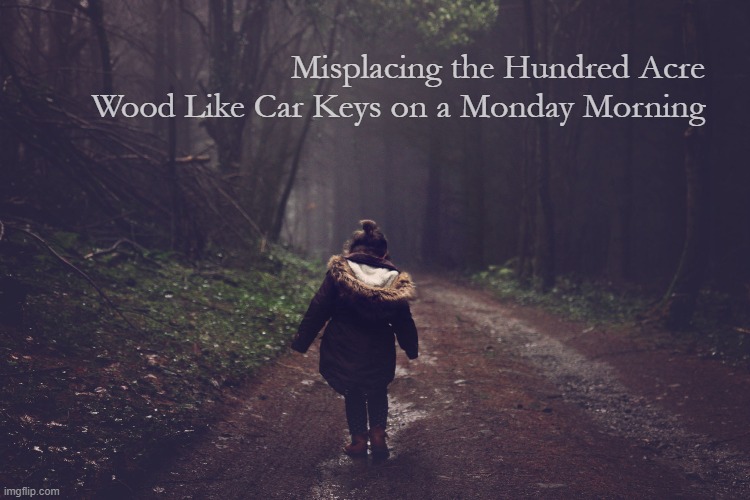 By the time it came to the edge of the Forest the stream had grown up, so that it was almost a river, and, being grown-up, it did not run and jump and sparkle along as it used to do when it was younger, but moved more slowly. For it knew now where it was going, and it said to itself, "There is no hurry. We shall get there some day."

— The House at Pooh Corner

"What's the matter, Eeyore?"
"Nothing, Christopher Robin. Nothing important. I suppose you haven't seen a house or whatnot anywhere about?"
"What sort of house?"
"Just a house."
"Who lives there?"
"I do. At least I thought I did. But I suppose I don't. After all, we can't all have houses."

— The House at Pooh Corner

And the Red Balloon
In the great green room
There was a telephone
And a red balloon...
Last edited by Stringbean on Fri Feb 18, 2022 8:24 pm, edited 3 times in total. 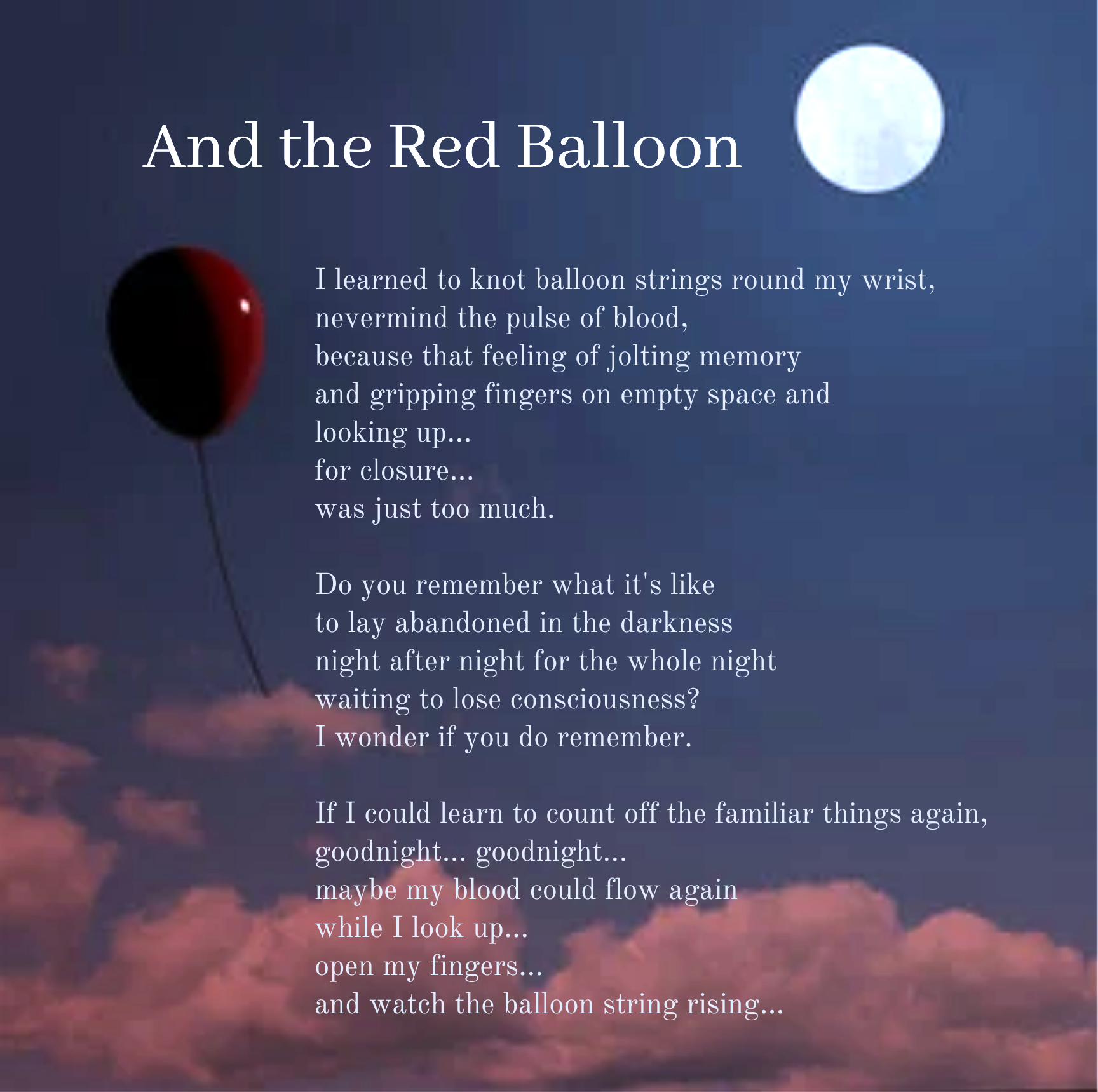 
Spoiler! :
Hey Stringbean! I really liked the red balloon poem! You use such good imagery and there are so many metaphors. It's incredible. I also like how you open this thread with quotes from other poets that pertain to your topic. It's cool!

Also, if this message throws off the vibe/design of this thread, I'd be happy to delete it. :)
it's a sick Beetle dude


Spoiler! :
Thanks, looseleaf! And no worries, I appreciate comments! Thanks for putting it in spoilers, that works perfectly ^-^


Spoiler! :
Hey, just popping in! I love the theme you have and I'm super excited to see where this is going. You found the perfect picture for that first poem too! It gives the writing a sort of lullaby-like feel I think. You've got a great start, I love it <3

Silver is a chemical element with the symbol Ag (from the Latin argentum, "shiny" or "white") and atomic number 47.


Spoiler! :
Thanks! It's off to a slow start, but I'm hoping to have another up soon <3


Spoiler! :
I love your poem! It has a really great feeling and imagery! Can't wait to see more!
Was: Nicole136
Am now: TrInityPoeting


Spoiler! :
Thank you! I'm hoping to have more up soon


I never travel without my diary. One should always have something sensational to read in the train.
— Oscar Wilde, The Importance of Being Earnest